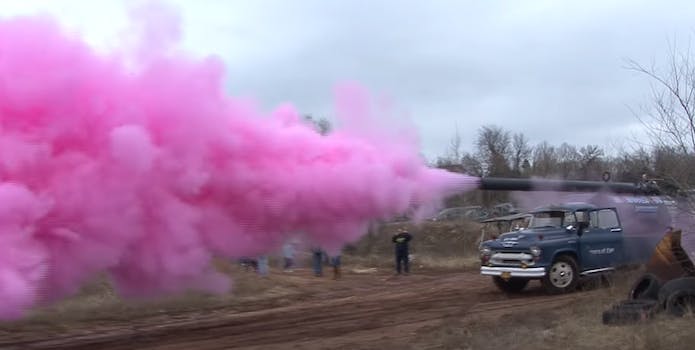 How many gender reveal deaths have there been in the U.S.?

A detailed timeline of the increasingly commonplace tragedies.

It’s not that many deaths—thankfully. It just seems like it.

Ever since blogger Jenna Karvunidis cut into frosting to reveal a pink sheet cake in 2008, gender reveal parties have been a fixture of internet culture. As recently as fall 2020, the internet enjoyed the occasional creative gender reveal party: Both the wig snatch reveal and dancing baby in pink body paint delighted web scrollers of all classes and backgrounds.

The truth is, those who post content to major social networks also seek validation from their communities via positive engagement. It thus stands to reason that unique spins on gender reveal gags will continue forever despite two years of viral fails—and backlash.

In September 2020, a couple in Bastrop, Texas enraged the internet when they fed a whole watermelon, filled with blue gelatin, to a hippo named Tank. The zoo director had to explain that it was a sanctioned treat after 8 million views and many angry comments feared for the animal’s safety. A year earlier, a plane crashed in Turkey, Texas after dumping 350 gallons of pink water in another gender reveal stunt gone wrong. Both the pilot and passenger survived.

But a fireman in California wasn’t so lucky. And after the El Dorado fire was blamed on an irresponsibly staged gender reveal party in September 2020, the escalation of these viral stunts hit an inflection point. In February 2021, two men died during gender reveal parties. How many gender reveal deaths have there been in the U.S., really? Here’s a definitive timeline of the deeply sad incidents.

How many gender reveal deaths have there been in the U.S.?

There have been seven reported gender reveal deaths in the U.S. since 2017.

According to CBS News, a 22-year-old woman was killed and eight others were wounded when two men opened fire on a gender reveal party. Additionally, the mother-to-be was reportedly shot in the leg and the fetus was lost. The victim was identified as Autumn Garrett of Huntington, Indiana.

A 56-year-old grandmother, Pamela Kreimeyer, was killed during a gender reveal party when she was struck in the head by a piece of metal. The family had inadvertently made a pipe bomb.

According to BuzzFeed News, a mix of colored powder and gunpowder exploded inside a metal tube—sending metal pieces flying 144 yards through the air. Kreimeyer was standing 45 feet away from the explosion.

It all started with a “smoke-generating pyrotechnic device” that was supposed to reveal blue or pink matter. Two weeks later, a firefighter died fighting the blaze. It would scorch more than 24,000 acres and cause 12 other non-fatal injuries, according to its Wikipedia page.

In April 2017, an Arizona Border Patrol agent shot a rifle at a target containing Tannerite (and colored powder). It led to the Sawmill wildfire that burned more than 45,000 acres as it spread to Coronado National Forest, according to the New York Times.

Evan Thomas Silva, 26, died at a gender reveal party when a gunpowder-filled, novelty signal cannon (that was supposed to emit blue or pink smoke) exploded and struck him. He was standing 15 feet away.

Father-to-be Christopher Pekny, 28, was killed while working on an unspecified contraption for his upcoming gender reveal party and it accidentally exploded in the garage. His 27-year-old brother Michael was also injured. According to the New York Times, Chris was described as a handyman who was very “mechanically inclined.” The tragedy was described as a “freak accident” by relatives.

Two pilots were killed when their plane off the coast of Mexico with a sign that read “It’s a girl!” crashed, per the Daily Beast.