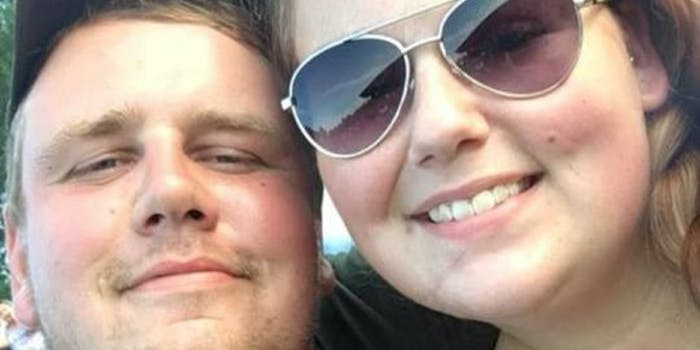 Yet another gender reveal device explodes, killing father-to-be who built it

The gender reveal phenomenon has claimed another victim.

Yet another gender reveal device has turned deadly, exploding and killing Christopher Pekny, the 28-year-old father-to-be who built it, Buzzfeed reports.

Over the last several years, gender reveal parties have increased in both popularity and intricacy. Balloons filled with confetti are apparently a thing of the past; cannons and pipe bombs are the modern ways to reveal a new addition to the family. These creative and often dangerous devices have resulted in numerous injuries and deaths.

Pekny, who lived in upstate New York, was working on an unspecified device for his child’s gender reveal party when it exploded, according to authorities.

Police responded to reports of an explosion just before noon on Sunday at Pekny’s home. State police are working with the bomb disposal unit to investigate the explosion, which killed Pekny and injured his 27-year-old brother, Michael.

Pekny’s family has run the Robin Hood Diner since the 1980s, the New York Post reports. The family grieved Pekny’s death in a statement on the diner’s Facebook page.

“We are deeply saddened and must inform you all of the loss of our dear [and] beloved Christopher,” they wrote. “We appreciate the overwhelming display of love and support that you all have shown.”

Pekny’s deadly device was likely inspired by the elaborate gender reveal devices that have become so popular over the last several years. He is far from the first to attempt a dangerous reveal or have it go sour. Earlier this month, the Daily Dot reported on a 26-year-old Michigan man who died from a cannon explosion at a gender reveal party.

In 2018, an expectant couple incorporated an alligator into their gender reveal party, and it miraculously didn’t backfire. The same can’t be said for the California couple who burned down over 10,000 acres of land in September when their gender reveal device exploded.