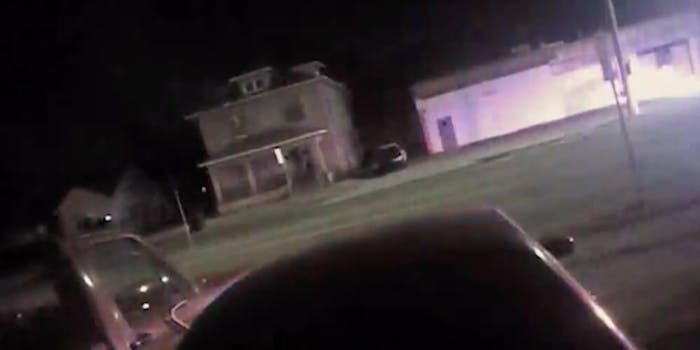 A 19-year-old gamer was sentenced to 15 months in prison for enlisting the help of a well-known online “swatter,” or someone who prank calls the police to send them to someone’s home, according to Yahoo News. The 2017 incident ended in the death of an innocent 28-year-old man from Kansas.

Casey Viner plotted to have the cops called over an argument about Call of Duty: WWII. Viner was upset over a $1.50 bet that he made with 20-year-old Shane Gaskill. Because of the argument, Viner recruited Tyler Barriss to help him “swat” Gaskill.

Barriss called the police, pretending to be Gaskill, saying he killed his father and was holding the rest of his family hostage, according to BuzzFeed News. He gave the police what he thought to be Gaskill’s address. But Viner and Barriss had the wrong location, and SWAT members showed up to the house of Andrew Finch, who wasn’t involved in the conflict.

When police arrived to respond to the prank call, Finch answered the door. The police said they asked Finch to show his hands. Seconds later the officers shot him out of fear that he was armed, according to BuzzFeed News. Finch was unarmed when he died. His mother has sued the city of Wichita, Kansas, over the incident.

Barriss, who actually made the call to police, received a 20-year prison sentence in March. Viner, who orchestrated the call and gave Barriss the wrong address, will receive a 15-month prison sentence and a two-year restriction from playing online video games, according to BuzzFeed News.

Viner told the court he was “awfully sorry” and didn’t intend for anything serious to happen, according to Yahoo News. His attorneys attempted to get him a two-year probation instead of prison time. The judge declined because of the incident’s severity.

“We impose sentences not only for what people intend but what happened,” U.S. District Judge Eric Melgren said, per Yahoo News.