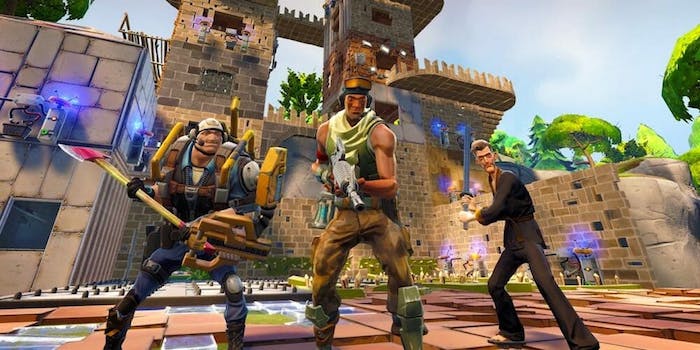 After gaining an impressive number of followers, this young YouTuber got the biggest scare of his life.

You don’t have to follow the news for long to realize the world is home to some horrible people. For proof, look no further than a recent swatting incident that targeted a 12-year-old video game streamer.

Swatting, for the blissfully unaware, is when an internet troll figures out where a video game streamer lives, calls the local police department, and reports an awful event has or is about to take place there. The cops, unaware that the internet troll is just in it for the lulz, send a SWAT team to check it out. The SWAT team shows up during the stream, and all the viewers get to see how the scene plays out.

It’s a deeply awful thing, and not just because it wastes the authorities’ time and taxpayer money. A totally innocent person was recently killed during a swatting event. The “prank” is deadly seriously because it puts lives at risk, and people have gone to jail for attempting it.

Peter “Rolly Ranchers” Varady, a 12-year-old YouTuber, had been streaming games on his channel for while, but hadn’t built much of a following. Last week, when he was streaming Fortnite, he got matched up with the popular YouTuber Cizzorz. When Cizzorz learned Rolly Ranchers was streaming too, he urged his fans to subscribe to the kid’s page. They did, gaining him over 100,000 followers in just a few days. Varady expressed his gratitude in a heartfelt video.

But with fame comes risk, and it came for Varady in the form of a swatting call. Someone watching Varady’s stream called the local police, reporting that Varady and his mom planned to hang themselves. Squads of police and paramedics showed up, and Varady and his family had to explain what was going on.

In an interview with ABC, Varady said, “I was scared because now people have our address and I’m just scared now that people can do it again. Now they have the chance and maybe I could get shot or something.”

Los Angeles police are trying to identify the mystery caller, who has threatened to do it again.

Despite it all, Varady says he plans to continue streaming.