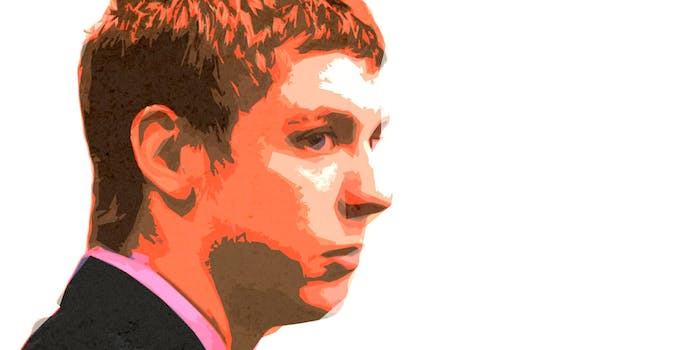 Brock Turner is being released from jail on Friday

He got a reduced sentence for good behavior.

Brock Turner, who has served three months of his six-month sentence for sexually assaulting an unconscious woman, will be released from prison on Sept. 2, according to jail records obtained by Jezebel.

We already knew this would happen; in June, Turner was slated for early release for good behavior. But now that the date is almost here, it makes the release all the more painful to people who see his trial as a symbol of everything awful about white privilege and rape culture.

Brock Turner–who was convicted of 3 felonies–will be out of jail a month before undergraduates arrive back on campus for the fall quarter.

You can't teach a dog to piss outside in 2 1/2 months, but you're telling me Brock Turner has learned his lesson on rape in that time…

Brock Turner was found guilty of three counts of sexual assault for raping a woman behind a dumpster at a Stanford party. He also allegedly sent photos of the victim’s breasts to his friends. Turner never apologized for his action and seemingly chalked up the whole thing to binge drinking. Sadly, the three months he served is more than most rapists ever do.