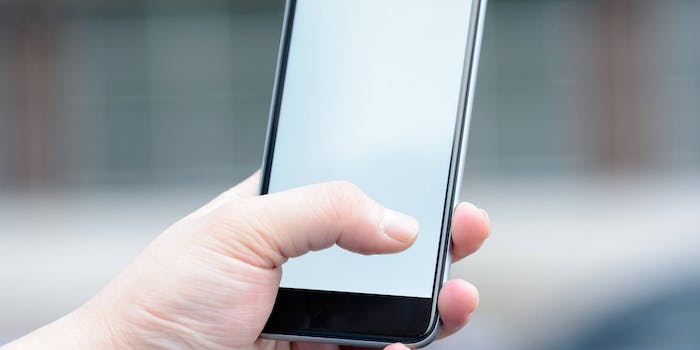 High school acquaintance also says he used slurs against him.

In today’s awful Brock Turner news, police believe he may have taken a photo of his victim’s breasts during the assault, and sent it to the rest of his swim team. Is that hex working yet?

According to the Daily Mail Online, after Turner was arrested he received a text via GroupMe that said “Whos [sic] tit is that.” Turner appeared to have sent the photo with the message “Bonessss.” Police were unable to access the photo because somebody on the app deleted it (any member of a group can delete a message on GroupMe).

Despite his father’s attempts, others who know Turner continue to paint a bleak picture of his personality. A search of his phone showed he often used the N-word in texts to a high school friend. And, in an interview with the Revelist, high school acquaintance AJ Burt stated that “he was really not delightful to be around.” Burt, who is gay, said Turner repeatedly called him “faggot” and that he was not a great sportsman. Burt also posted to Facebook about his experiences after Turner was arrested. 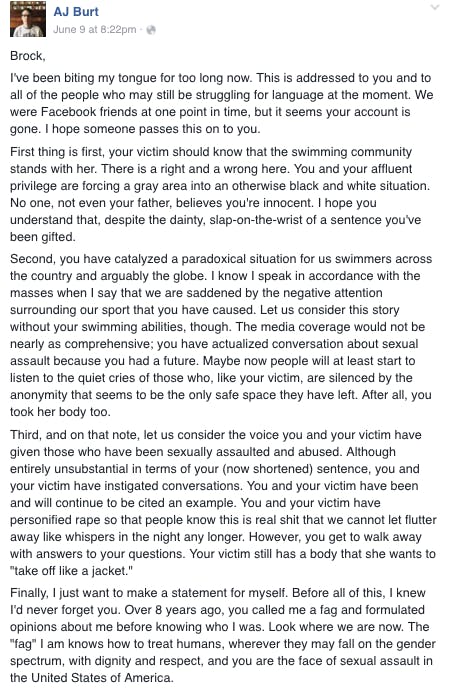 In a letter written to Santa Clara County Superior Court Judge Aaron Persky prior to Turner’s sentencing, Turner’s mother pleaded for leniency, saying her son “won’t survive” prison, and that the verdict has “destroyed” their family.

While it’s understandable that any mother would want to protect her son, the truth is that Turner was exhibiting callous behavior far before he started drinking that night—which is, to date, the only thing he admits to doing wrong. He even lied to his probation officer about the rape after he was convicted. America’s prison system is certainly flawed, but Turner has shown no remorse for his actions. Based on his past behavior, that’s unfortunately predictable.