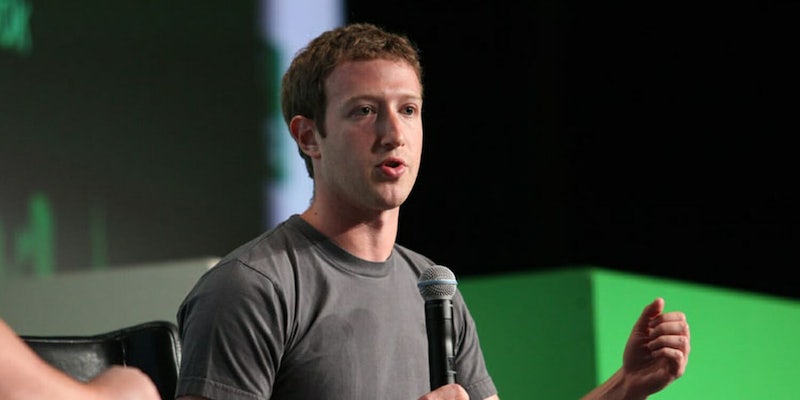 Zuckerberg defends Holocaust deniers’ right to be on Facebook (updated)

'I don’t think that they’re intentionally getting it wrong.'

Appearing on this week’s Recode podcast, Zuckerberg, who is Jewish, said that he finds Holocaust denial, for example, “deeply offensive” but that Facebook was committed to the core “principle of giving people a voice.” Those people, he said, were genuine in their beliefs.

“At the end of the day, I don’t believe that our platform should take [Holocaust denial pages] down because I think there are things that different people get wrong—I don’t think that they’re intentionally getting it wrong,” he said.

When challenged on this by host Kara Swisher, who suggested that Holocaust deniers might, in fact, be deliberately trying to mislead and misinform, Zuckerberg said that it was “hard to impugn intent.”

“I just think, as abhorrent as some of those examples are, I think the reality is also that I get things wrong when I speak publicly,” he said. “I’m sure you do. I’m sure a lot of leaders and public figures we respect do too … Everyone gets things wrong, and if we were taking down people’s accounts when they got a few things wrong, then that would be a hard world for giving people a voice and saying that you care about that.”

Instead of banning content, Zuckerberg went on to say that Facebook’s “responsibility is to prevent hoaxes from going viral” by tweaking website algorithms to suppress fake news.

The comments come as the company faces mounting criticism for continuing to allow far-right website InfoWars to own a page. Democrats on the House Judiciary Committee even questioned the Facebook head of product policy, Monika Bickert, on the issue during a hearing on Tuesday.

InfoWars has notoriously pushed conspiracy narratives, including the controversial claim that the Sandy Hook school shooting was faked, which led to the harassment of victims’ families who the website insisted were crisis actors.

Last week, in response to an article critiquing the company’s stance, Facebook’s official Twitter account explained that “banning these Pages would be contrary to the basic principles of free speech.”

We see Pages on both the left and the right pumping out what they consider opinion or analysis – but others call fake news. We believe banning these Pages would be contrary to the basic principles of free speech.

Zuckerberg attempted to dig in on this, too, and make clear the company’s policy.

“There are really two core principles at play here,” he said. “There’s giving people a voice, so that people can express their opinions. Then, there’s keeping the community safe, which I think is really important. We’re not gonna let people plan violence or attack each other or do bad things. Within this, those principles have real trade-offs and real tug on each other.”

Update 6:43am CT, July 19: Zuckerberg walked back his comments, telling Recode: “Of course if a post crossed a line into advocating for violence or hate against a particular group, it would be removed.”