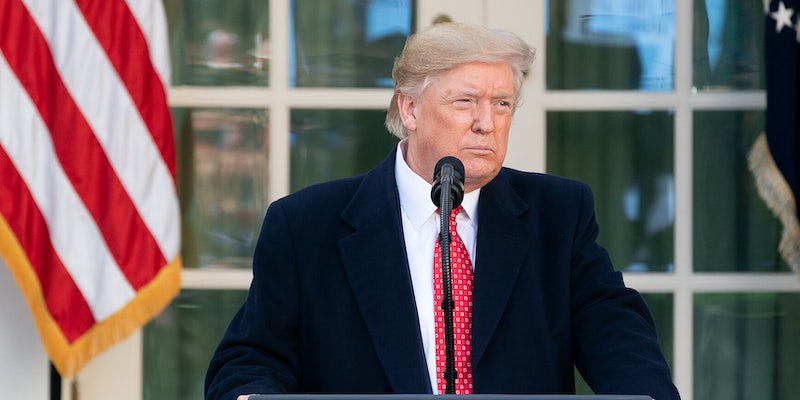 It's unclear what policies the ads violated.

Hundreds of video advertisements from President Donald Trump’s reelection campaign have been taken down from YouTube and Google in recent months, according to a new report.

CBS News’s 60 Minutes reports that more than 300 ads paid for by Trump’s campaign were taken down by Google, which owns YouTube. The ads reportedly violated the company’s policies, but as the news outlet points out, an archive of them does not mention which specific policies were violated.

When asked by 60 Minutes whether the company had taken down any of Trump’s ads, YouTube CEO Susan Wojcicki told the news outlet “there are ads of President Trump that were not approved to run on Google or YouTube,” adding that examples were available on its transparency report archive.

Google’s transparency report is not very transparent, just informing that ads were taking down. It does not allow users to see what the concerns were, despite ads having run for up to three weeks on the platforms.

Facebook’s policy, which essentially allows politicians to run any ads even if there are lies in it, has been criticized by lawmakers, 2020 presidential campaigns, and even the company’s own employees.

Meanwhile, Twitter announced that it was banning all political advertisements—with exceptions made for cause-based advertising—standing in stark contrast to its fellow social media giant.

You can see all of the 60 Minutes report here.