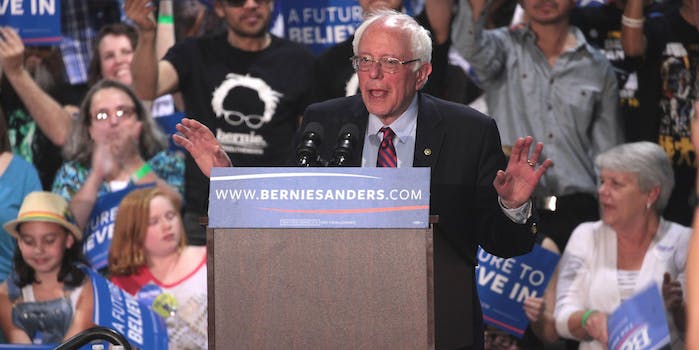 Sanders came into Wisconsin with a small but critical edge in the polls, a history of performing well in open primaries like Wisconsin’s, and a do-or-die mentality for an underdog campaign that needs to dramatically cut down Clinton’s lead.

According to CNN’s exit polls, Sanders led Clinton 55 to 44.

Wisconsin’s open primary seems to have served Sanders well, with independent voters favoring the Vermont senator 71 to 28 over Clinton, according to CNN exit polls.

Sanders’s win in Wisconsin follows a trio of victories in Washington state, Hawaii, and Alaska on March 26. The sweep of those caucuses was followed by a record $44 million raised in March, some $15 million over Clinton’s haul during last month, and $500,000 over Sanders’s previous record of $43.5 million in February.

Wisconsin awards its 86 pledged delegates proportionally, according to the percentage of votes each candidate receives.

The Democratic primary moves next to Wyoming on Saturday, April 9, and New York on April 19. Both states will be decisive in Sanders’s attempts to catch Clinton and definitively turn around the Democratic race.