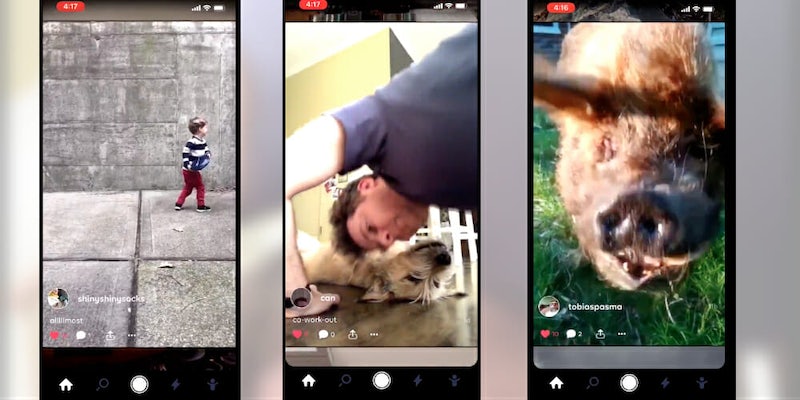 The Vine co-founder is rolling out a new Vine-like app, and it’s set to have the same very similar features as its predecessor, Digital Trends reports.

The new app, spearheaded by Dom Hofmann, will be called Byte.

“The byte beta we’ve been running with friends and family *feels* exactly like the vine friends and family beta, down to the weird but appealing randomness of the videos. that’ll change as we expand, but it’s a pretty good sign,” Hoffman wrote on Twitter along with a preview of what to expect.

Like Vine, users will be able to post second-long, looping videos. But the new app is set to have greater safety features in place to prevent harassment.

“Vine 2” or “V2,” which is what the app was being called before Byte, was previously put on indefinite hold in May 2018 due to “financial and legal hurdles.” But it now seems like the project is moving forward, as 100 invites for people to try it out through a beta test were just sent.

If the testing phase is any indication, Byte’s success looks promising. In 2018, people were invited to put their name on a list to try it out, and 500 people signed up in under a minute.

The 100 of the 500 selected will get to try out a few parts of the app on their iOS and Android devices.

“The very start of the beta will be narrowly focused on catching bugs and getting a mix of technical and design feedback that we can incorporate into the beta going forward,” Byte’s community liaison wrote in a community forum. “We’ll see what’s working, what’s not, and hear thoughts from our testers before moving on to the next set of sections and/or features.”

The liaison wrote that they will be letting more people from the sign-up list try out the app as time goes on.

Many were sad when Twitter shut down Vine in 2016. But past Vine and future Byte users are excited about the new development.

“YEEHAW this is epic,” one person wrote in the forum.