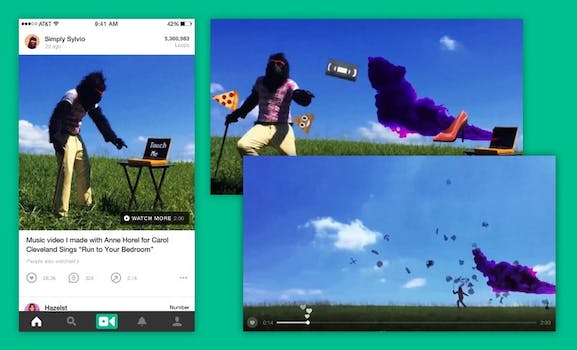 Vine isn’t dead after all! The app will live on as Vine Camera

In late October, Twitter announced its plan to kill Vine, the six-second video platform it acquired in 2012. The internet mourned the news with tweets and tears and more vines (at least until its collective attention redirected to November’s election drama). Today, the company announced some wonderful news, however: Vine won’t be disappearing after all.

The video-looping app Vine will live on as a separate app in the App Store, Vine Camera. With Vine Camera, you’ll be able to make your usual looping videos, but unlike the current app, those will either be shared to Twitter, or saved to your camera roll. The weird and vibrant Vine community within the current app will still be no more. If you use Vine, but not Twitter, the app will give you instructions on how to follow some of your favorite Vine stars on the latter platform, as well.

You will also still be able to download all your old vines, and they will continue to exist on the vine.co website, Vine’s Medium post on the matter reads.

While we wish Vine would live on in its current capacity (if you’re creating a whole new, albeit simplified, app, why not just keep the current one going, Twitter?) at least we’ll still have something to cling to. Vine was one of the more accepting, carefree, and creative communities in the digital world, and moving that community onto Twitter, even if we can still make those lovely looping videos, just won’t be the same.