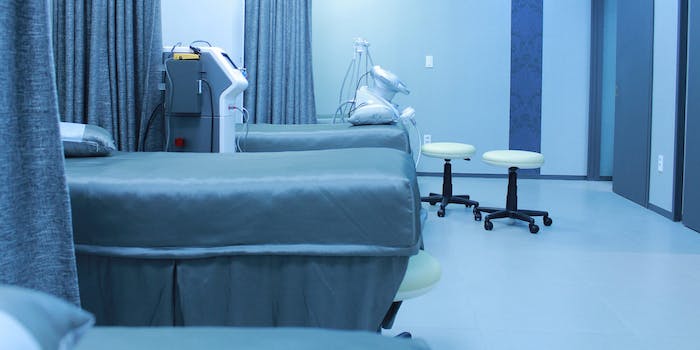 A video posted online Wednesday purports to show coronavirus patients sleeping and being treated next to patients who have succumbed to the disease.

“In Sion hospital.. patients r sleeping next to dead bodies!!!” Rane tweeted. “This is the extreme.. what kind of administration is this! Very very shameful!!”

In the video, multiple dead bodies wrapped in black plastic can be seen on hospital beds. Still-living patients can be seen undergoing care in beds next to the bodies.

Rane told IANS, per Outlook India, the video was taken by one of his activists, who was at the hospital for unrelated reasons.

Outlook India reports that the video shows Sion Hospital’s coronavirus treatment ward. Although the ward is supposed to be an isolation facility, people who aren’t healthcare workers can be seen moving amongst the patients.

According to the Indian Express, after the now-viral video was posted, an investigation was opened into Sion Hospital. Express reports that family members are not claiming the victims’ bodies out of reluctance, which is why they are being left in the ward. Rane said this was also the reason given to him by hospital officials.

“So the dean of Sion hospital accepts the video n says the relatives don’t come 2 claim the bodies so v hv kept them there..” Rane wrote in a tweet. “Wat shud v as Mumbaikers expect from the BMC after this ans? Pvt hospitals n Gov hospitals r in a mess! It’s a medical emergency!”

The bodies have reportedly been removed from the ward.