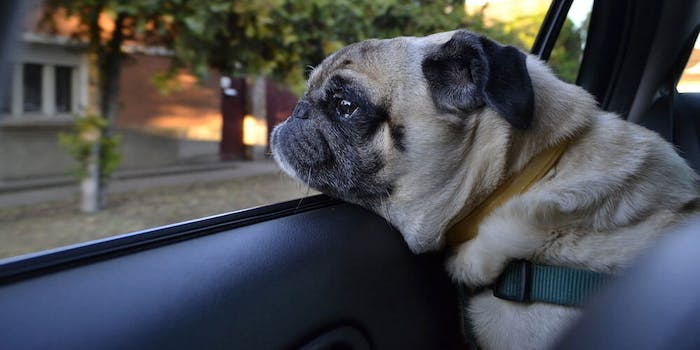 Uber is experimenting with an ‘Uber Pet’ feature

Bring along your furry companions for a $3 to $5 surcharge.

Uber is set to begin rolling out a new feature in select cities that will allow users to bring their pets along for the ride.

Known as “Uber Pet,” the option will be made available on Oct. 16 for riders in Austin, Denver, Nashville, Minneapolis-St. Paul, Philadelphia, Phoenix, and Tampa Bay.

Uber previously advised users to contact their drivers before they arrived to let them know if they intended to bring a pet. Given that many drivers complain about picking up users with unexpected animals, it appears few riders followed the company’s advice. There’s also the potential for issues if a rider believed a pet to be OK for a drive, only to find out upon the driver’s arrival it’s a no-go. Then, everyone’s frustrated.

Uber Pet is designed to clear up any possible miscommunication by letting drivers choose whether or not they want to accept users with furry companions.

When looking for a ride, users will be able to select an Uber Pet option to find vehicles that have agreed to accept animal passengers.

Selecting the feature will add on to the ride cost with a $3 to $5 surcharge. Uber has stated that a “significant” amount of the Uber Pet surcharge will be given to the drivers.

The Uber Pet experiment comes as the company attempts to expand into as many avenues as possible. Aside from Uber and its food-delivery service Uber Eats, the company also announced last week a new “Uber Works” app aimed at helping gig workers find temporary jobs.