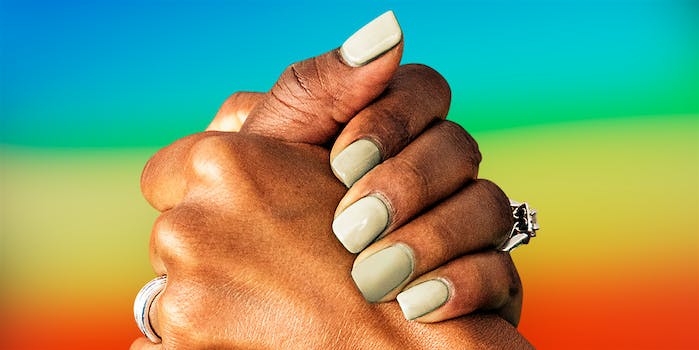 Twitter just stumbled into a highly contentious battle over a group that LGBTQ advocates accuse of opposing transgender rights.

LGB Alliance is a British charity that advocates for the rights of lesbians, gays, and bisexuals. Its exclusion of transgender and nonbinary communities from its advocacy angers many groups focused on LGBTQ issues, a consortium of which recently challenged the alliance’s charitable status. They accuse LGB Alliance of being transphobic and having links to the U.S. Christian right, VICE reports.

LGB Alliance denies both accusations. They assert that lesbians, gays and bisexuals have “specific concerns” that differ from transgender people, and that it’s “unhelpful” for them to work together.

“LGBTQI+ and BAME are collections of letters that mask problems and obscure differences,” LGB Alliance tweeted on Sunday. (BAME is a British acronym for Black, Asian and minority ethnic.)

Now those who oppose the group accuse the platform of taking sides by verifying an “anti-trans” “hate group.” Some find this particularly galling as June is Pride Month. It’s not clear precisely when LGB Alliance was verified, but according to an online archive, it wasn’t as of May 2.

“How can you claim to support trans people while also platforming a group like this?” journalist Amanda Jetté Knox tweeted.

Those who believe LGB Alliance is transphobic, which it’s consistently denied, point to its statements, those of key people involved, and the fact that it was formed to oppose Stonewall, a British charity that advocates for LGBTQ rights.

On its website, the alliance claims that LGB rights are “in danger” and implies that advocacy groups for lesbians, gays, and bisexuals including transgender people and issues is partly to blame.

“We believe that attempts to introduce confusion between biological sex and the notion of gender are harming LGB people,” LGB Alliance states.

It also opposes gender-affirming education and therapy, such as hormone blockers, for children. “We believe it’s wrong for children to be labeled masculine or feminine on the basis of clothing or play/activity preferences and in some cases to be led to believe that they might be ‘trapped in the wrong body,'” it says.

In March, the alliance’s founder described its purpose thusly in a speech to the Labour Women’s Declaration, the group reports, saying: “We’re applying for charitable status and building an organization to challenge the dominance of those who promote the damaging theory of gender identity.”

LGB Alliance has also been accused of bullying its critics. PinkNews reports that last year, GoFundMe and JustGiving permanently suspended the organization following the complaints it and its supporters had harassed John Nicolson, a gay British member of Parliament who has repeatedly spoken out against LGB Alliance.

Twitter only recently restored its verification process, which was suspended in 2017 following widespread condemnation of it for verifying one of the organizers of the deadly far-right rally, Unite the Right.

At the time, the company acknowledged that verification was intended to authenticate the speaker’s identity, but “is interpreted as an endorsement.” Twitter vowed to resolve the confusion.

The indignation over LGB Alliance’s verification may indicate that it’s thus far been unsuccessful in that endeavor.