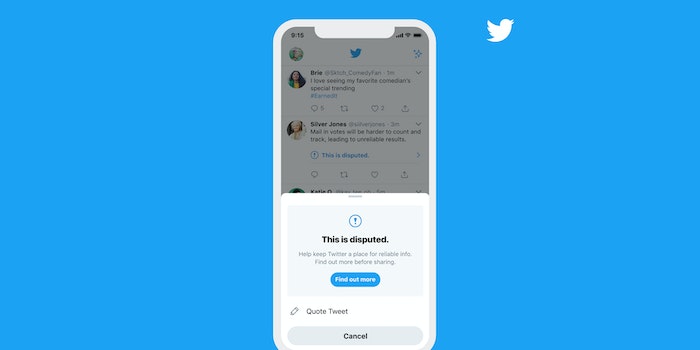 Twitter is making some big changes to fight election misinformation

The new changes will 'further reduce the visibility of misleading information,' Twitter says.

Twitter on Friday announced several steps it is taking to combat misinformation about the 2020 election as Election Day gets closer.