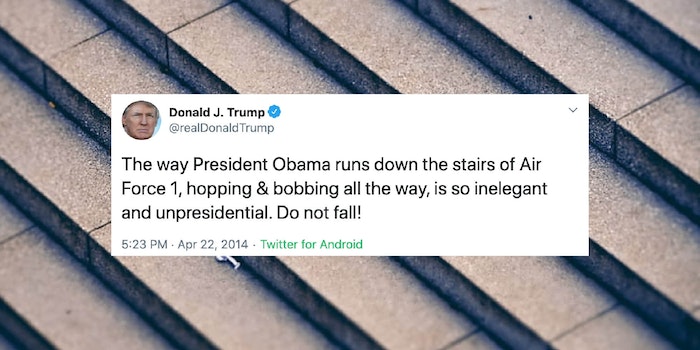 The tweet emerged as the president feverishly defended his own walking abilities.

As they say with Donald Trump, there’s always a tweet. And after the president found himself defending his ability to walk on Saturday, a tweet in which he criticized his predecessor for doing just that reemerged.