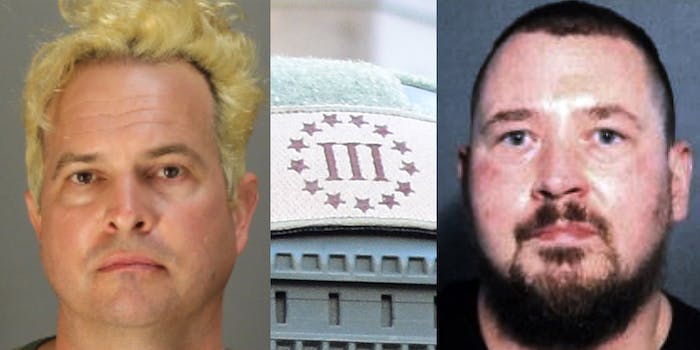 They were found with 50 firearms.

Two California men who supported former President Donald Trump have been indicted on charges that they allegedly plotted to bomb a Democratic Party building in Sacramento and discussed doing the same to the headquarters of Facebook and Twitter.

According to an unsealed indictment, Ian Rodgers and Jarrod Copeland wanted their attacks to “start what they called a ‘movement'” in the wake of Trump’s election loss. The two men are charged with conspiracy to destroy by fire or explosive a building used in or affecting interstate commerce, possession of unregistered destructive devices, and gun-related charges.

In early January, Rodgers sent a message where he wrote: “We can attack Twitter or the democrats, you pick” and “I think we can attack either easily,” according to court documents. In later messages, Rodgers continued: “Let’s see what happens, if nothing does I’m going to war.”

Rodgers also wrote: “Let’s see what happens then we act,” but followed with “I’m thinking sac office first target” and “then maybe bird and face offices.” An FBI agent wrote in the court documents that he believed “sac office” was in reference to California Gov. Gavin Newsom’s office in Sacramento and that “bird and face” offices were in references to Twitter and Facebook.

The unsealed indictment notes that Copeland responded to Rodgers message about “sac office” by writing back “I agree” and “plan attack.”

Both Twitter and Facebook banned Trump from the platforms in the wake of his posts amid the Capitol riot. The former president also continuously railed against the companies for what he believes is a bias against conservative users.

On January 15, law enforcement officers found between 45 and 50 firearms, thousands of rounds of ammunition, and five pipe bombs at Rodgers’s home and business, according to court documents. Authorities also allege that Copeland tried to destroy evidence by deleting messages after he learned of Rodgers being arrested. Copeland deleted the messages after contacting a militia group’s leader, authorities said.

A lawyer for Copeland told Reuters that they “entered a plea of not guilty, denying all allegations and counts.” An attorney for Rodgers declined to comment to the news outlet.