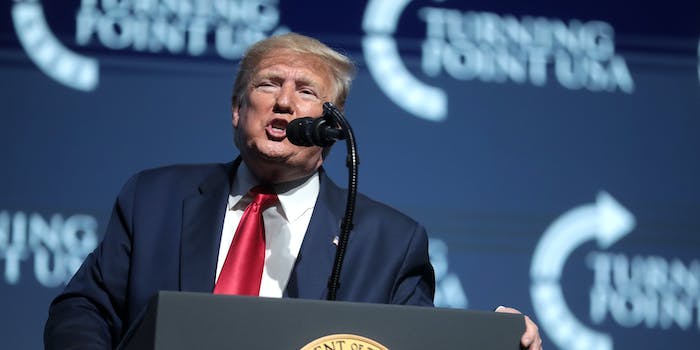 The move comes as Trump's social media order is moving through the FCC.

Trump announced late Tuesday that he nominated Nathan A. Simington, a senior advisor at the National Telecommunications and Information Administration (NTIA), to become a commissioner on the FCC.

Simington “had a hand” in crafting Trump’s controversial social media executive order, according to the Washington Post. The order asks the FCC to reinterpret Section 230 of the Communications Decency Act. The NTIA, which is part of the executive branch, filed a petition for rulemaking to the FCC in late May calling for the FCC to “clarify the provisions” of Section 230.

Section 230 shields websites for being liable for the content posted on them by its users. Its been hailed as one of the most important laws that helped shape the modern internet.

Simington’s nomination comes just over a month after Trump surprisingly withdrew the re-nomination of Michael O’Rielly, a Republican who raised concerns about whether the FCC had the authority to do what Trump’s executive order asks it to do.

The president withdrew O’Rielly’s re-nomination shortly after he raised those doubts.

On Tuesday night, O’Rielly congratulated Simington on being selected by Trump.

“I extend my sincere congrats to Mr. Simington for selection to join @FCC, and offer best wishes for a smooth confirmation process and successful term at the Commission,” O’Rielly tweeted.

The FCC commissioners have had split views on Trump’s order—with the Democratic commissioners opposed and one Republican enthusiastically endorsing it. So O’Rielly’s views on the matter stood as an outlier.

Simington erases that uncertainty, given his involvement in crafting Trump’s order. If the Senate approves Simington, he would seemingly be in favor of going through with the order, likely leaving Chairman Ajit Pai, also a Republican, as the deciding vote on any possible decision.

The FCC will stop collecting public reply comments on Trump’s order tomorrow. A number of groups have sent automated messages in support of the order, and—just like the FCC’s net neutrality public comments—have had fake ones submitted, including ones from the cartoon character Fred Flinstone and another one in the name Pai.