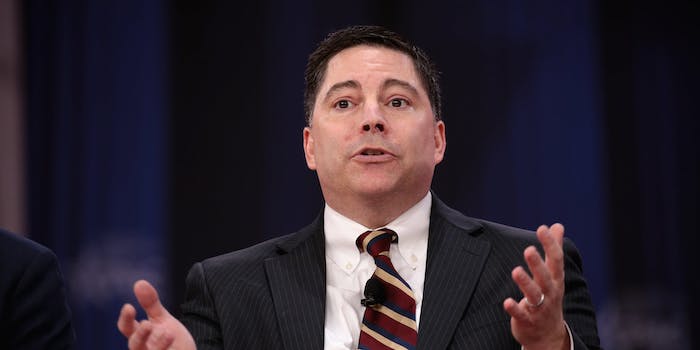 The FCC has some diverging views on Trump's executive order.

O’Rielly’s remarks, which were made during an interview on C-SPAN last week and were first flagged by Ars Technica, come as members of the FCC have given mixed signals about how they feel about Trump’s executive order.

The order asks the FCC to “clarify” a long-standing legal immunity shield for websites and tech companies: Section 230 of the Communications Decency Act. It also is already facing a legal challenge, alleging that it is unconstitutional.

Section 230, which shields websites from being liable for what is posted on them by third parties, has been called “one of the most valuable tools for protecting freedom of expression and innovation on the internet.”

Since Trump signed the order, it has been unclear what—if anything—the FCC could do with Section 230, as it is part of a law that was passed by Congress.

O’Reilly told C-SPAN that he had “deep reservations” about whether Congress gave the FCC authority on Section 230.

“What the president would like to see happen is for the FCC to define certain components of the 230 statute, and what’s the scope, and how it’s being handled, and whether we can provide appropriate limitations if necessary,” he said, later adding that he was a congressional staffer during the crafting of Section 230.

“My memory is pretty good on those things, I have deep reservations they provided any intentional authority for this matter, but I want to listen to people, I want to see if any memories are different than mine.”

The commissioner also said he expects to speak with the authors of Section 230 and other “knowledgeable people” to see if Congress “intentionally” or “accidentally” gave the FCC authority.

Given that fellow Republican commissioner Brendan Carr has signaled enthusiasm for the order and the Democratic commissioners have said they are against it, O’Reilly’s views on the executive order could matter a great deal. The FCC is a five-member commission, which is currently controlled by Republicans.

FCC Chairman Ajit Pai told Reuters that he didn’t want to “prejudge” any orders for the agency to examine Section 230 that he hasn’t seen.