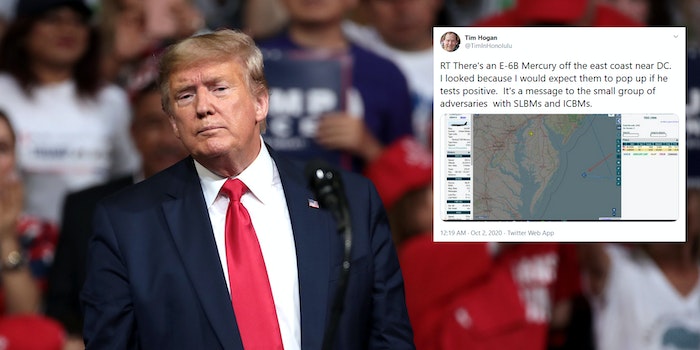 A U.S. strategic command spokesperson said the flights were 'pre-planned.'

Twitter users spotted two E-6B Mercury planes flying along the coasts of the country around the same time that President Donald Trump announced that he has tested positive for the coronavirus.