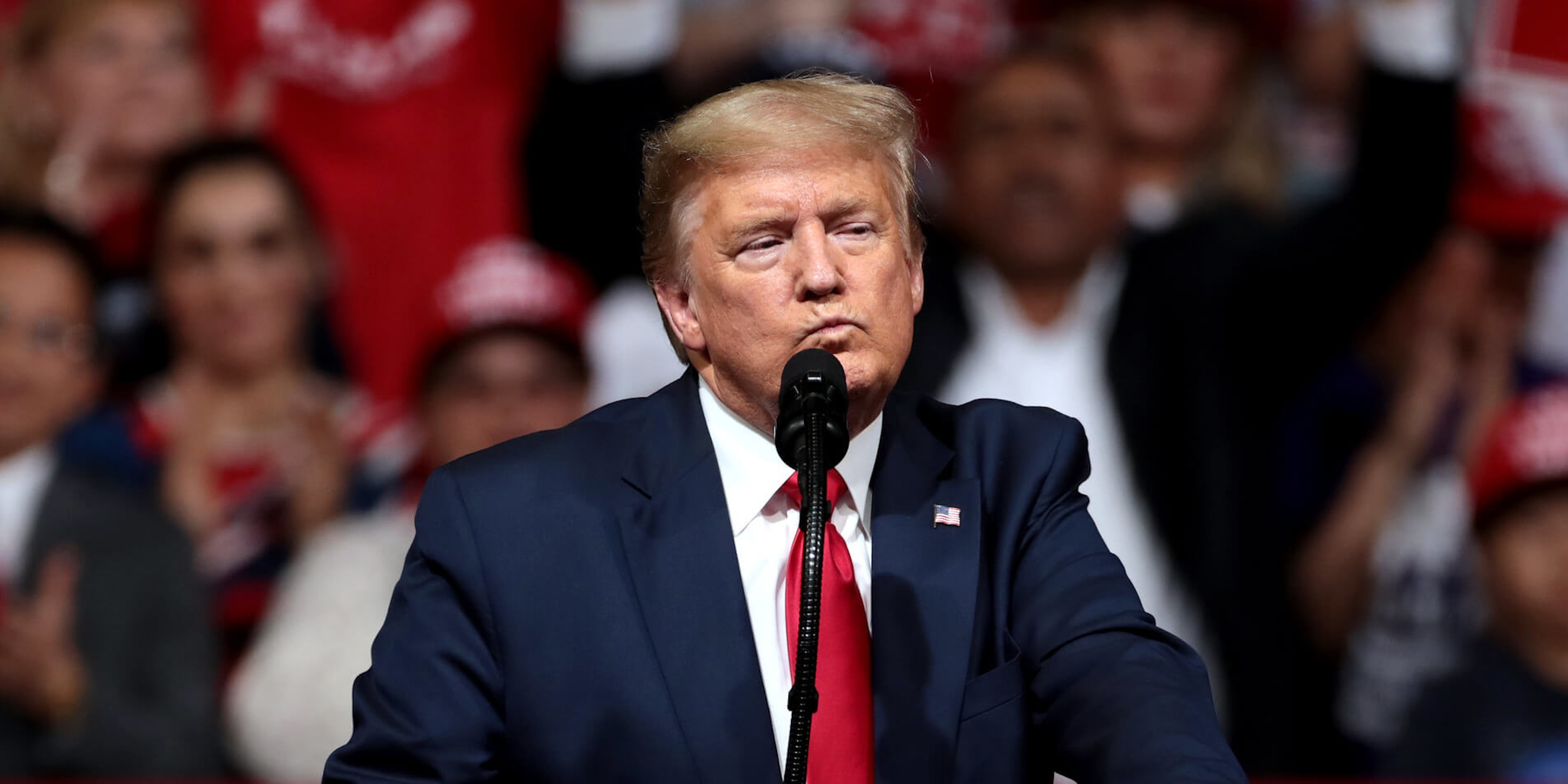 Alex Cannon, a special counsel for Trump’s reelection team, sent a letter on Wednesday to television stations alleging that the ad—created by the Priorities USA Action Fund—is “patently false, misleading, and deceptive.”

The ad shows a graph of coronavirus cases in the United States slowly rising in the background over clips of comments Trump made in the past about the virus.

The ad has become quite popular, with more than 47,000 people retweeting it on Twitter and nearly 160,000 views on YouTube. The ad is running in Florida, Michigan, Minnesota, Pennsylvania, and Wisconsin, according to the Hill.

One snippet in particular—where the ad plays Trump saying “this is their new hoax”—seems to be the sticking point for Cannon and the Trump team. The ad pieces together parts of what Trump has said in the past to make it seem he is saying the coronavirus is a “hoax.”

An ad by former Vice President Joe Biden also did something similar, according to the Washington Post.

“As fully set forth in the enclosed facts sheet, and President Trump’s full quote below, the facts show beyond reasonable doubt that he was talking about the Democrat’s politicization of the outbreak when he used the word ‘hoax,'” the letter reads.

It goes on to say that if the television stations do not stop airing the aid, the reelection campaign will “have no choice but to pursue all legal remedies available to it” and that it will not “stand idly by and allow you to broadcast false, deceptive, and misleading information concerning President Trump’s healthcare positions without consequences.”

The Trump team may have a problem with the ad being misleading about him calling the virus a “hoax,” but there is no question the president has repeatedly tried to downplay it before it became a full-fledged emergency in the United States.