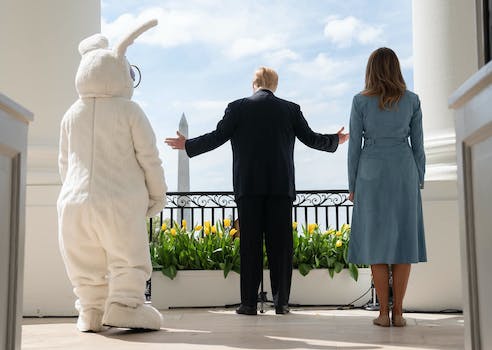 It's all about the economy in a pandemic.

At a Fox News town hall yesterday, Trump said that he wants “the country opened up and raring to go by Easter.”

Easter is on April 12, a little more than two weeks away. Doctors and health experts warn that prematurely resuming normal life will cause a resurgence of the coronavirus, which can have an incubation period of up to two weeks.

Trump’s comments follow a tweet cautioning about the cure being worse than the disease. Most believe he meant that the economic toll of prolonged prevention measures may be worse than coronavirus itself.

Mortality rates of the novel coronavirus, COVID-19, are still being studied. Death tolls vary depending on age, preexisting conditions, and whether a country’s health system is overwhelmed. But the most common number cited is a roughly two percent.

The pandemic is impacting life across the globe. Entire countries are on lockdown; major sporting events, including the Olympics, have been canceled or postponed; and the global supply chain has been disrupted.

A source told CNN that Trump referenced Easter as more of an “aspirational date” than a serious one. The president also reportedly said that he would listen to top health experts such as Dr. Anthony Fauci before lifting social distancing recommendations.

But the president said he wanted to see churches “packed,” which would contradict best practices on avoiding large gatherings.

Still, his comments led #EasterMassacre to trend on Twitter. (The real Easter massacre occurred in 1975 when James Rupert murdered 11 members of his family.)

“Reopening the country would lead to an #EasterMassacre,” tweeted journalist Mathew Foresta. “As many as 2 million Americans could die over the course of the year. That’s how many died in the film Contagion.”

“When Trump got elected and we all worried that he’d have the nuclear codes, and his impulsivity and ignorance would lead us into a deadly disaster- This is that moment,” said @FatherMime.

Amidst serious commentary, there were memes and jokes aplenty.

Since being identified in December, coronavirus has spread across the planet. To date, nearly 450,000 cases have been confirmed; roughly 20,000 have died.