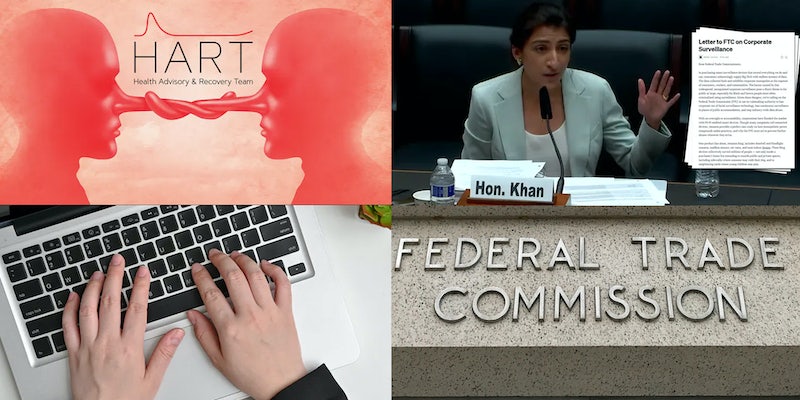 Leaked chat logs reveal how the former lead psychologist for Cambridge Analytica has been working behind the scenes with a notorious anti-vaccine group in the U.K.

The chat records, provided to the Daily Dot by the activist collective DDoSecrets, detail efforts by HART (Health Advisory and Recovery Team), a self-described “group of highly qualified UK doctors, scientists, economists, psychologists and other academic experts,” to influence politicians on issues related to COVID-19.

The leak, as first reported by Logically on Tuesday, involves tens of thousands of chat messages stretching back to January before the group’s official launch. Held over the messaging platform Rocket.Chat, the communications highlight a stark contrast between HART’s public attempts to portray itself professionally and some of its members’ conspiratorial views.

HART’s official website currently lists more than 40 members. Yet some of the most influential and active participants in HART’s chats are not publicly acknowledged by the group. The leaked messages also show how HART sought to conceal the involvement of those who might be deemed controversial.

Since the beginning of the chats, Patrick Fagan—who is not acknowledged on the website as part of HART—has had a role in shaping HART’s messaging. A behavioral scientist whose work utilizes psychology to influence people’s actions, Fagan is currently the chief scientific officer at the behavioral science consultancy group Capuchin. The company relies on “psychometrics, implicit testing, eye-tracking, facial coding, EEG” and other methods to increase revenue streams for businesses.

You can read more about Fagan and the leaked HART messages here. The Daily Dot has continued reporting on the messages, which you can read here. Check out the Daily Dot today to see the third story we’ve written about the messages.

Do plants feel pain? Science says the answer is yes, leaving us to reflect on how that changes the way we see the world around us. Find more stories like this in Nautilus, a magazine of scientific ideas that matter. Discover new, surprising perspectives on how science interacts with all aspects of life—medicine and health, of course—but also politics, art, food, work, technology, and sports. Join a community of curious readers exploring scientific subjects in profound, unexpected ways, and experience science, connected.

A coalition of nearly 50 civil rights, internet rights, and anti-surveillance groups are calling on the Federal Trade Commission (FTC) to step in and curb the “unfair and deceptive” data collection practices of big tech companies.

The groups published an open letter to the FTC calling on the agency to use its rulemaking authority to ban corporate use of facial recognition technology, surveillance in public, and “industry-wide data abuse.”

“Rulemaking is needed to stop widespread systematic surveillance, discrimination, lax security, tracking of individuals, and the sharing of data,” the letter reads, later adding: “It’s incumbent on the FTC to exercise the full extent of their rulemaking authority to ban corporate use of facial surveillance technology, ban continuous surveillance in places of public accommodation, and stop industry wide data abuse. Until the FTC acts, no one is safe.”

The letter is signed by Athena, Fight for the Future, Demand Progress Education Fund, MediaJustice, Public Citizen, the Surveillance Technology Oversight Project, and numerous other groups.

In the letter, the groups specifically point to Amazon as a “case study” on how “monopolistic power compounds unfair practices.”

The letter comes a few weeks after President Joe Biden signed a sweeping executive order that—among numerous other things—encouraged the FTC to crack down on big tech’s data practices.

The order urged FTC Chairwoman Lina Khan to use the agency’s authority in “areas such as: unfair data collection and surveillance practices that may damage competition, consumer autonomy, and consumer privacy.”

More than 4 million households have signed up for the Federal Communications Commission’s (FCC) Emergency Broadband Benefit since it launched in mid-May, the agency announced.

The Emergency Broadband Benefit is a coronavirus pandemic-related program that offers eligible Americans a discount on their monthly bills to help them pay for broadband service. The discount is $50 per household, or $75 for Tribal lands. It also allows for a one-time discount of $100 to purchase devices.

The program comes as the pandemic has sharply underlined the importance of internet access, with people relying on it for work, school, and telehealth.

Early on in the Emergency Broadband Benefit roll out, hundreds of people filed complaints with the FCC regarding issues with signing up with their internet service providers, specifically matching their verification with the Universal Service Administration Company (USAC) and their providers.

The FCC said the USAC recently issued “new tools” to providers to allow them to “more easily match applicants.”

The providers with the most complaints filed against them, according to an analysis by the Daily Dot, were Spectrum, Comcast, Cox, and AT&T.