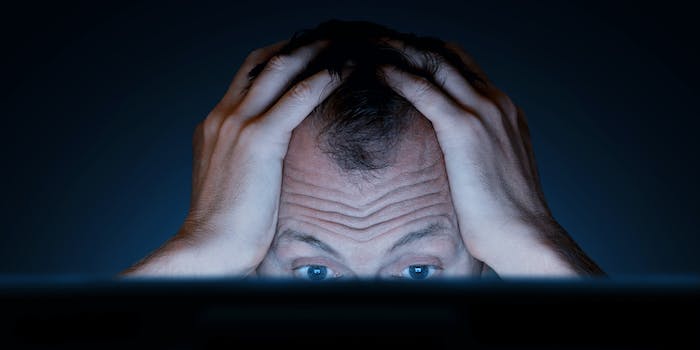 Nearly every major provider—and dozens of smaller ones—had complaints filed against them to the FCC.

Millions of people signed up for the Federal Communications Commission‘s (FCC) Emergency Broadband Benefit (EBB) program since it launched in mid-May—but records show that Americans faced significant frustrations with their internet service providers amid the rollout.

The criteria for eligibility clearly intends to help Americans who need it most: having income at or below 135% of the Federal Poverty Line; being enrolled in SNAP, Medicaid, or Lifeline; or losing their job because of the coronavirus pandemic are just some of the eligibility requirements. Enrollees apply through the Universal Service Administration Company’s (USAC) website before using that approved application to enroll with their ISPs.

The pandemic sharply underlined the importance of internet access, with countless Americans relying on the internet to attend school, work, or use telemedicine. As soon as the EBB launched, millions of people from all 50 states enrolled in the program, showing the program’s popularity and the necessity for high-speed, affordable internet.

While hundreds of providers agreed to be part of the EBB, customers say issues have cropped up along the way. The Daily Dot reviewed hundreds of complaints customers filed with the FCC from May 12 to June 28 that were obtained through a public records request.

In the complaints, customers told the FCC how providers said the EBB didn’t apply to their current service plans, explained how they had issues with providers accepting their applications, and noted they waited months to have their applications approved by providers.

A review of the nearly 1,000 total complaints customers made in May and June shows that some of the country’s largest providers topped the list. Spectrum, which is owned by Charter, had the most complaints filed about them to the FCC with 209. Comcast followed with 172 complaints.

But nearly every major provider—and dozens of smaller ones—had complaints filed against them to the FCC. Cox had 89 complaints, AT&T had 66 complaints, and Frontier Communications had 26.

The FCC notes that a complaint filed to the agency does not necessarily indicate any wrongdoing by anyone named in them.

However, the complaints show frustration from hundreds of customers, who claimed that they faced obstacles or providers were forcing them to sign up for different plans to qualify for the program.

To apply, qualified enrollees can sign up through the USAC’s website where they input a number of different things like their name, address, the last four digits of their social security number, birthdate, and some form of identification like a driver’s license number.

Once the application is approved, they use that to apply through an ISP. Many of the complaints seemed to be from customers once they had completed the USAC verification and went to enroll with their ISP.

In a statement to the Daily Dot, the FCC said it was “aware of problems some consumers are having and have been working with both USAC and participating providers to make this process smoother for consumers.”

“As we move into the third month of the program, we are working closely with consumer groups and participating providers to make sure that eligible households are enrolled in the program with the provider of their choice and receiving the benefit. We are also trouble-shooting challenges that would be expected when standing up a program of this size and this quickly,” an FCC spokesperson said.

The complaints came in almost immediately. On the day the EBB launched, a Pennsylvania customer complained to the FCC about Verizon, telling the agency that they qualified for the program and called the company to try and get the subsidy on their internet service. They said they were told they didn’t qualify with the package they currently got from Verizon.

“When I called them to tell them I qualified they said it cant be used on my account because I don’t have their FIOS package which isn’t even available to me,” the complaint read. “They tried blaming not being able to apply the EBB to me on the FCC. Lots of low income people in my area have the basic package which is the only one available for lots of us. We are the people who need the help, not the people who can afford the higher end package.”

The Washington Post reported on the frustration by Verizon customers in late May, specifically the company telling them they couldn’t use the EBB on old plans. Shortly after that article’s publication, Verizon said they’d accept customers’ old plans.

“Moving forward, we will offer customers on legacy Fios plans (no longer in market today) the ability to enroll in EBB,” a spokesperson told the Post.

Other complaints detailed difficulty trying to get providers to accept their EBB application.

In mid-June, an Illinois resident told the FCC they had contacted Comcast “on 24 occasions after being approved and qualified for the EBB program.” They also noted that they had filled out 11 applications on Comcast’s website and “have been rejected every time despite qualifying.” A Comcast spokesperson told the Daily Dot this customer was eventually able to get the EBB benefit.

Around the same time, a New York resident told the FCC that they qualified for the EBB because they were enrolled in SNAP, but they were rejected by Optimum five times because of issues with identification on their SNAP accounts.

“They are just doing everything and anything to not give this to me and I’m entitled because I receive SNAP,” the complaint reads.

Meanwhile, a Florida resident told the FCC in a complaint that Spectrum had not applied the EBB credit to their account a month after being approved by the USAC. Spectrum told them their “application was received and everything I could do was done.”

“Spectrum is dragging their feet awarding this benefit to their customers, who have suffered so much during the pandemic,” the resident wrote in the complaint.

The Daily Dot reached out to numerous providers like AT&T, Spectrum, Cox, Frontier Communications, and Comcast. All of them but Frontier responded to a request for comment.

Three companies pointed to USAC’s verification system and how the information given to providers needed to “exactly” match. Those initial difficulties are what likely led to the flood of complaints. The FCC told the Daily Dot that USAC made “new tools” available to providers last month to allow them to “more easily match applicants.”

A Comcast spokesperson said the company learned that information customers give to the providers “must exactly match, to the letter, abbreviation, and number” information they input into the USAC verifier.

“We’re very sorry that some people may have experienced issues signing up for the Emergency Broadband Benefit. Our goal is to help as many customers as possible enroll in the program and we’re continually working with the FCC and USAC to make the process easy to navigate,” the spokesperson said. “We’ve learned in the early days of the program that the information consumers provide to an Internet provider must exactly match, to the letter, abbreviation, and number, the information they enter in the national verifier. The efforts recently announced by USAC further streamline this process for customers. The FCC, USAC, third parties, and our industry peers have all been great partners in the effort to make this program as effective as possible for consumers.”

AT&T also noted the recent “enrollment enhancements” to the verification process for consumers. The spokesperson added that the company will “continually evaluate eligible plans.”

“The Emergency Broadband Benefit (EBB) program can be applied to most of our currently offered home internet plans and select Cricket and AT&T prepaid plans, for customers who prefer wireless connectivity,” the spokesperson said. “We have a range of options to meet customer needs and we continually evaluate eligible plans. Once the customer determines their eligibility, we work with customers to complete their enrollment in the program. Enrollment enhancements have also been made recently to make the verification process easier for customers.”

Meanwhile, Spectrum said USAC updates are “helping to address enrollment challenges that arose in the early weeks of the program” including “when a customer’s personal information didn’t match exactly their application with the national verifier.” The spokesperson added that “all current Spectrum plans” except for its “premium Gig offering” are eligible for the EBB.

“Recent Universal Service Administration Company (USAC) updates are helping to address enrollment challenges that arose in the early weeks of the program for many EBB participating providers when a customer’s personal information didn’t match exactly their application with the national verifier,” the spokesperson said. “We have been using the USAC’s upgraded tool since it launched in mid-June. USAC also has made additional enhancements to the NLAD (National Lifeline Accountability Database) that allow service providers to enroll subscribers into the NLAD using the consumer’s application ID, full name, and date of birth, which also help address this issue. We appreciate that USAC listened to the concerns we and other broadband providers raised and worked quickly to roll out a new search tool to address the issues. We have a shared goal of enrolling as many eligible families in EBB as quickly as possible.”

A Cox spokesperson said the company apologized for “any confusion or issues” customers may have had.

“Cox was one of the first providers to participate in EBB and has aggressively promoted the program with our customer base that we believe qualifies to help provide relief and broadband connectivity during the crisis. The program has been successfully used by approximately 100,000 of our customers. We apologize for any confusion or issues, and, as always, we are happy to work with any customer to resolve their individual situation,” the spokesperson said.

While the process may be more streamlined with the recent changes, experts say that it’s likely the 1,000 complaints filed with the FCC were only a portion of the problems people faced.

Ernesto Falcon, a senior legislative counsel at the Electronic Frontier Foundation (EFF), said that the nearly 1,000 complaints filed by consumers since the EBB’s launch in mid-May was “high,” and noted that he expected many more consumers were having issues.

“I think on the emergency basis they’ll be some missteps, but 1,000 complaints is pretty high because it’s not like every single person running into a problem knows to go to the FCC,” Falcon said. “I kind of treat that as a sample of what is probably a much larger number of complaints that are happening out there.”