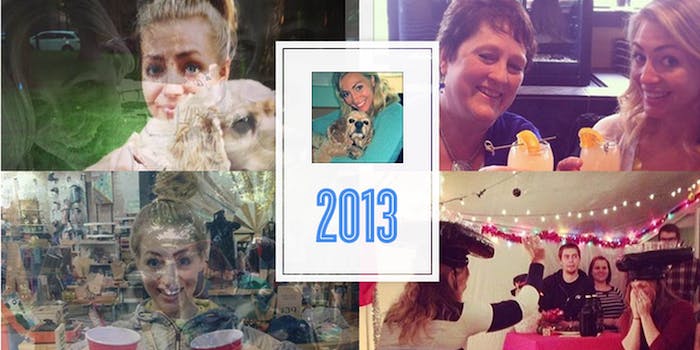 Why does the social Web think I’m so lonely?

Don't try to remember your year. Let the Internet do it for you.

Another year has come and gone. That means it’s time for a few rituals: parties we don’t want to throw or attend, accompanied by far too much hype and unavoidable let-down. Top 10 lists we indulgently mock but can’t help furtively clicking. Resolutions we swear we won’t make, inwardly promise we’ll keep, and recklessly, apathetically abandon and forget.

But there’s a new kid on the New Year’s block—the social media recap. Now that we live our lives on the Internet, completely woven into the framework of this great big thing called social media, it’s only appropriate that these channels take the time to go through what we’ve broadcast and make virtual flipbooks so we can relive them.

Why verbally, or—God forbid—mentally reminisce about 2013? Save that brain space, kiddo, and let the Internet do it for you.

If you click on your own Facebook profile, there’s an icon below your profile that lets you view your year in review.

It also creates a montage of about six different photos that fade in and out. You might assume that these are highlights… which means Facebook believes me to be an alcoholic.

A couple of other questionable big moments:

This gentleman I spotted at CES… 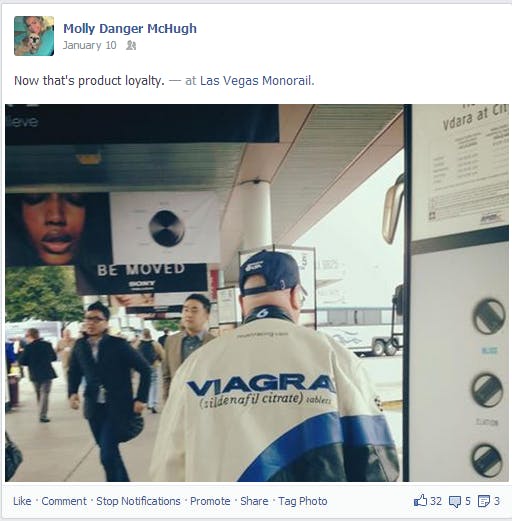 My attendance of the Portland Corgi Parade (sans Corgi… or any other dog). 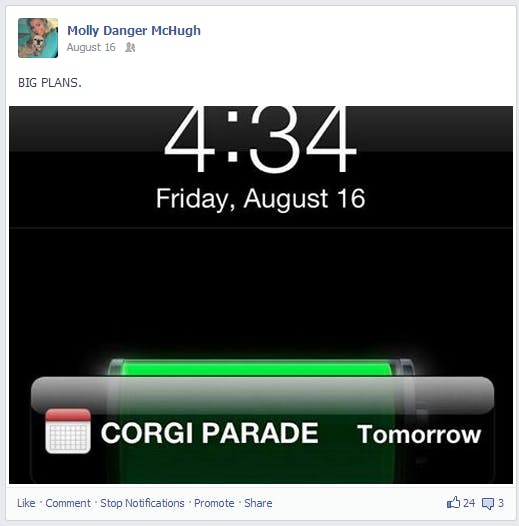 The things Facebook got right: many posts involving my family, my new job here at the Daily Dot, and meeting Grumpy Cat (duh). 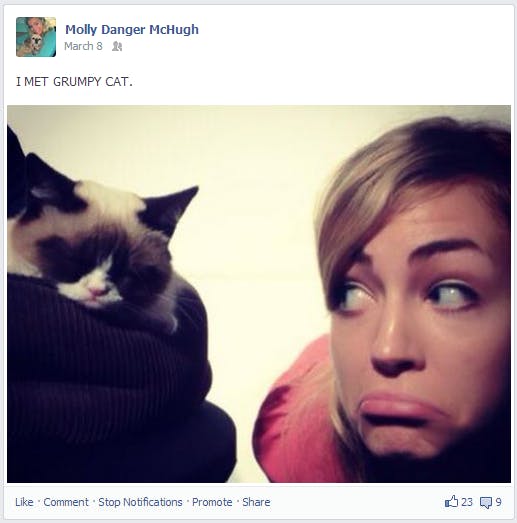 Most of the other high points were me being a jerk about something or someone. Those were what got the most likes.

Conclusion: Facebook paints a picture of a year revolved around work, drinking, sarcasm… and a little family here and there.

Statigram has a tool letting you revisit the best of your 2013 Instagramminess. Unfortunately, mine is about as fun-filled as a box of dead puppies.

I feel slighted: I’m fun! I do fun things!

But this is just boring and lacking any explanation. What is that concert? Who are these people? The most depressing part is that photo of sparse trees against a blue backdrop. It’s just bumming everybody out. I enjoy and share the most on Instagram, so this feels like a betrayal. You don’t know me at all.

Conclusion: In summary, Instagram thinks I have three friends and that my life is the stuff ForeverAlones are made of.

While Twitter didn’t create its own feature, Vizify, a Twitter analytics app that is—surprise!—actually fun to use, did.

Because I push a lot of random nonsense to Twitter, the photos are just that—random. But the Vine video from the Mashable party at SXSW is fun, and I’ve got to say I really like my “golden tweet.”

My year according to Google+

Um… this is nonexistent. For me at least. Because I don’t post anything to Google+, the service has nothing to tell me about myself. 2013 for nonexistent for my Google+ persona.