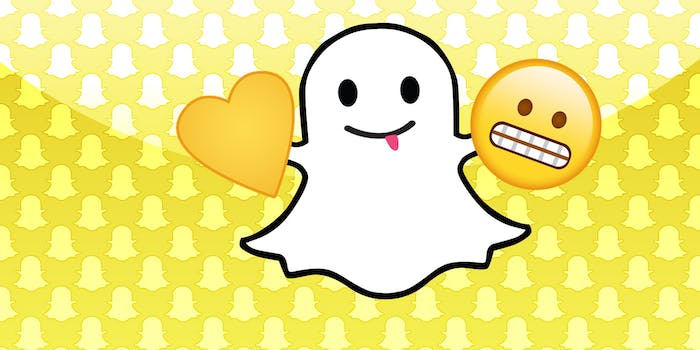 The definitive guide to Snapchat emoji

Don't embarrass yourself on Snapchat.

Snapchat displays a different emoji next to people you snap with on a regular basis. From a gold heart to flames, each emoji has a special meaning and changes frequently.

The update was implemented in 2015 and was the company’s attempt to change the “Best Friends” feature, which allowed anyone to see your closest friends simply by checking out your profile. You can probably guess why that it didn’t go over well.

Different emoji signify different levels of snapping relationships, but now they’re only visible to you. Each emoji next to a friend has a different meaning, and it might even make or break your friendship IRL.

Snapchat emoji next to friends

Yellow Hear emoji: A yellow heart emoji is exclusive to one friend at a time; it means you’re both each other’s no. 1 best friend.

Gold Heart emoji: An emoji heart next to a contact’s name means you’re both number one best friends.

Red Heart emoji: A red heart signifies your best friendship is growing, and you’ve been number one best friends for at least two weeks.

Grimacing Face emoji: The grimace emoji means you share the same top best friend, which could definitely lead to some awkward conversations.

Smiling Face With Smiling Eyes emoji: A smiling face shows that you’re best friends, but not, like, number one best friends.

Smirking Face emoji: The smirk emoji means that you’re someone’s best friend but they’re not yours.

Baby emoji: If you just became friends with someone, you’ll see a baby emoji.

Fire emoji: Fire next to your contact’s name means that you’ve been on a “snapstreak,” sending each other disappearing messages for multiple days in a row.

Hundred Points emoji: The 100 sign appears next to the fire emoji and means that you and your friend have snapped back and forth with each other for more than 100 days. Whoever this emoji is next to surely keeps it real.

Hourglass emoji: The hourglass means your snapstreak is about to end. If you want to maintain your streak, send a snap—a picture or video, not a chat!—to continue it.

Birthday Cake emoji: Be sure to send your friend celebratory snaps when you see a birthday cake—this emoji means it’s their birthday. 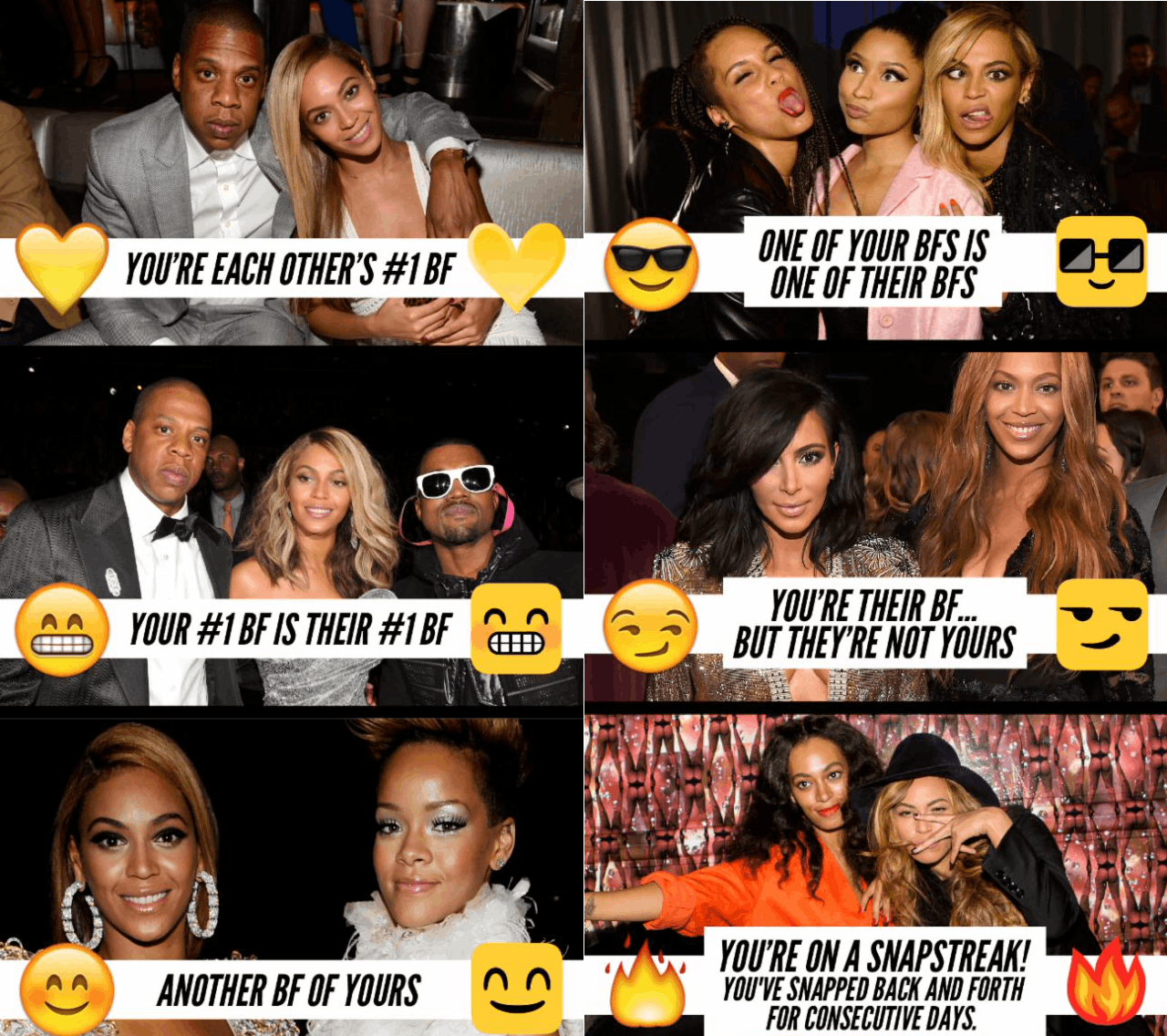 You might see a bunch of emoji next to a friend who fits multiple criteria, meaning that the list could get a bit cluttered. But it’s a clever way of annotating your Snapchat friendships in a private way to better gauge how you’re connected. It may also ensure that you keep snapping your friends daily so your snapstreak fire doesn’t burn out or so you can earn rewards for your snaps with Snapchat trophies.

Snapchat emoji next to verified accounts

Celebrities and public figures have specific emoji’s near their display names. Just like Twitter’s blue checkmark, the emoji indicates that the person’s account is verified. 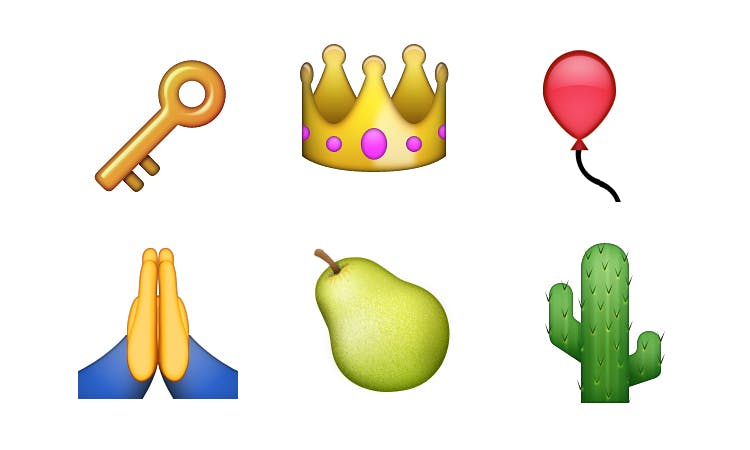 The assigned emoji for each verified account doesn’t have a clear meaning, but some of them make perfect sense. Justin Bieber’s emoji is praying hands, DJ Khaled’s emoji is a key representing his secrets to success, and Rick Ross’s emoji is a pear from his famous weight loss statement turned meme.

Next time you try to follow your celeb crush, make sure they’re verified, so you don’t end up following a random person.