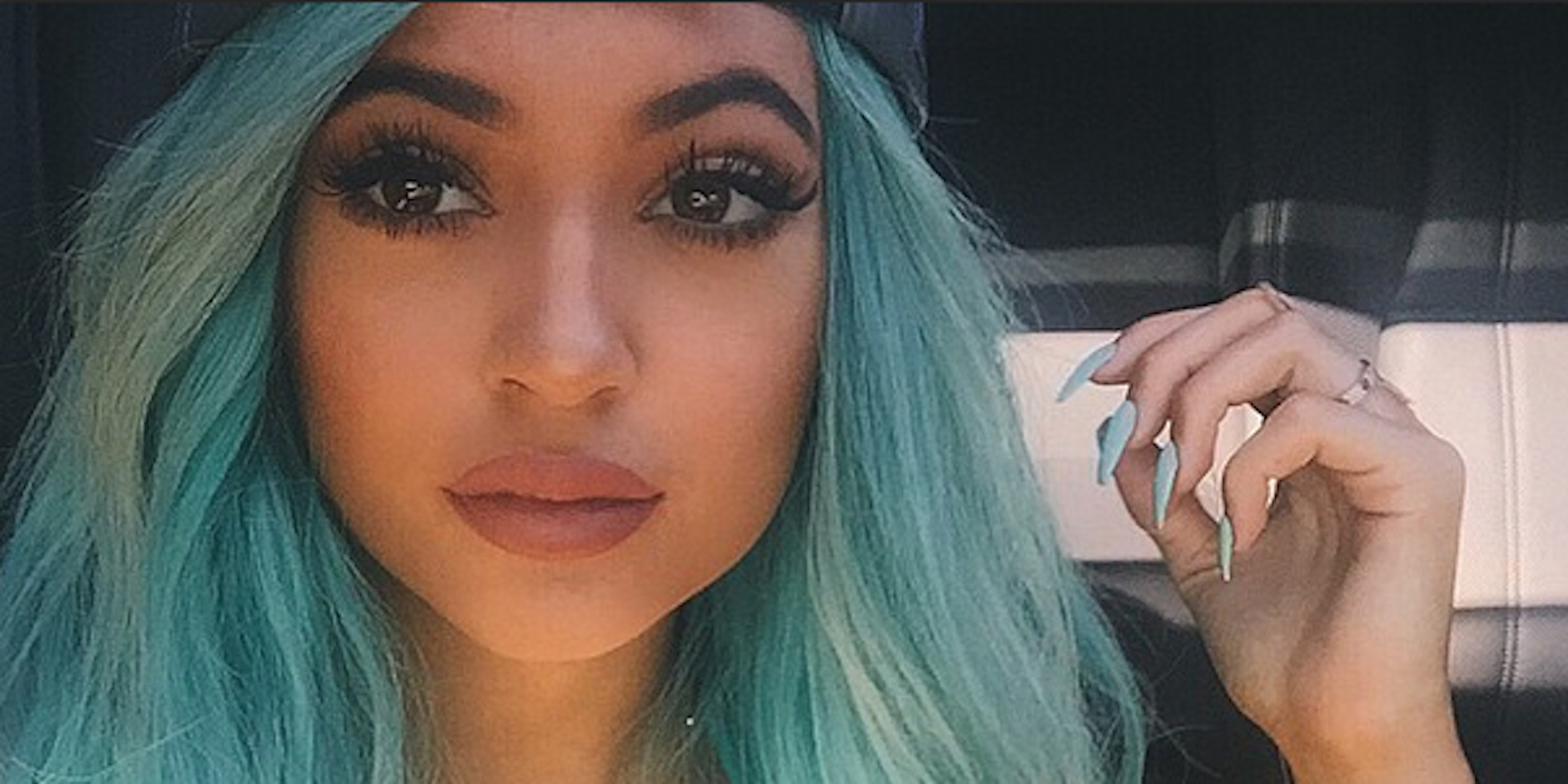 Glam up your Snapchat experience with snaps from the stars.

Snapchat isn’t just about silly selfies and self-destructing sexts. There’s a whole host of celebrities using the platform to communicate more casually with their fans.

From Madonna showing an exclusive glimpse of a music video to Arnold Schwarzenegger sharing pics of his workouts, fans have a new platform to tune in to. Here’s our list of celebrity snapchats. 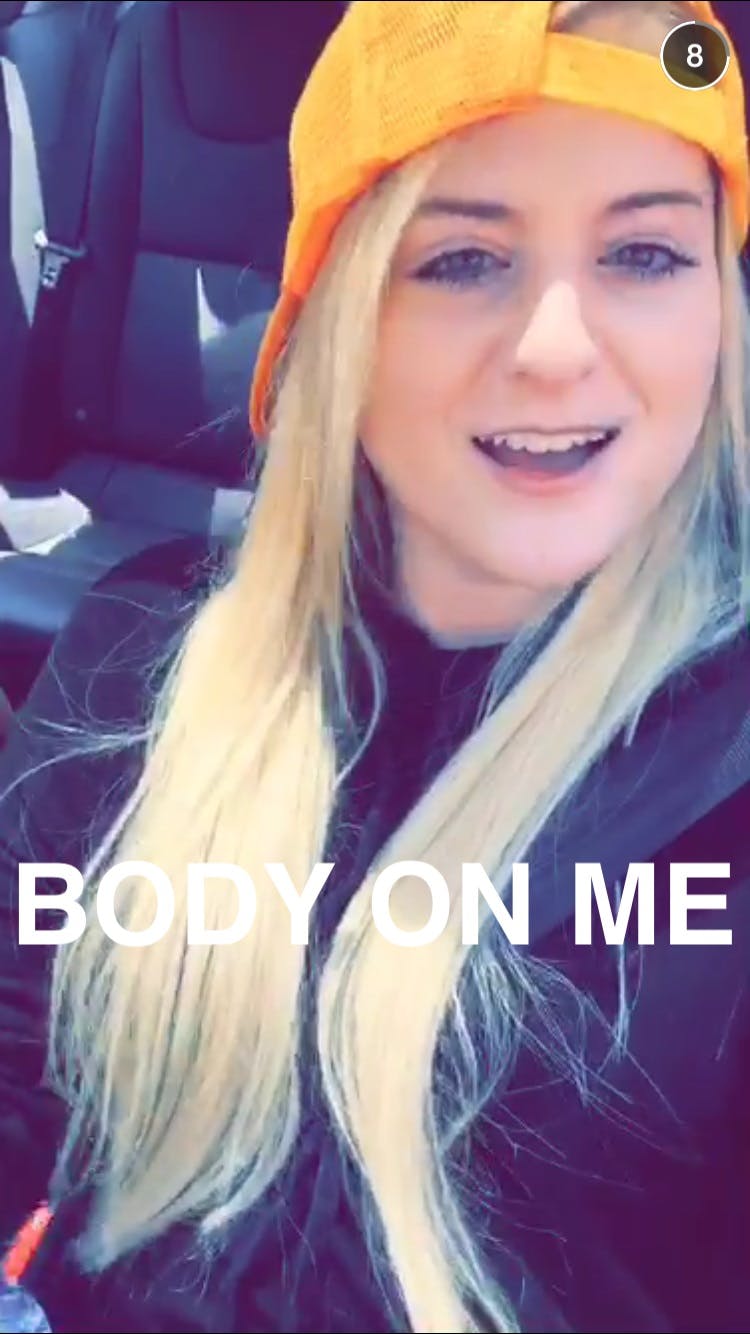 Megatrons will be happy to know that the pop star is all about that Snapchat. She is pretty active on the platform, sharing selfies and snaps of her cats.

Jared Leto posts multicolored snaps (he’s a fan of the doodling option) of his Hollywood lifestyle as well as behind-the-scenes pics of tours with his band Thirty Seconds to Mars.

The Queen of Pop used Snapchat to exclusively premiere a new music video from her “Rebel Heart” album. You can take a pic of her Snapcode so you don’t miss any future content. 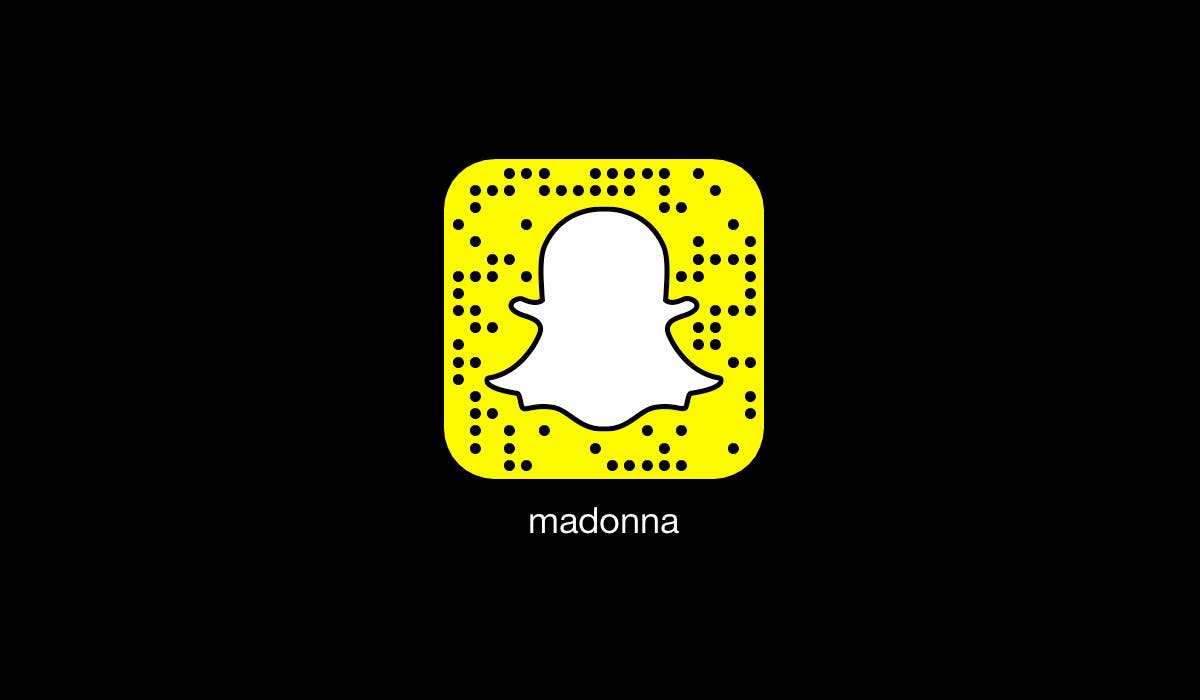 Arnie uses Snapchat to share the ordinary things he’s up to on a day-to-day basis. In addition to glimpses of the big man himself, expect lots of emojis. 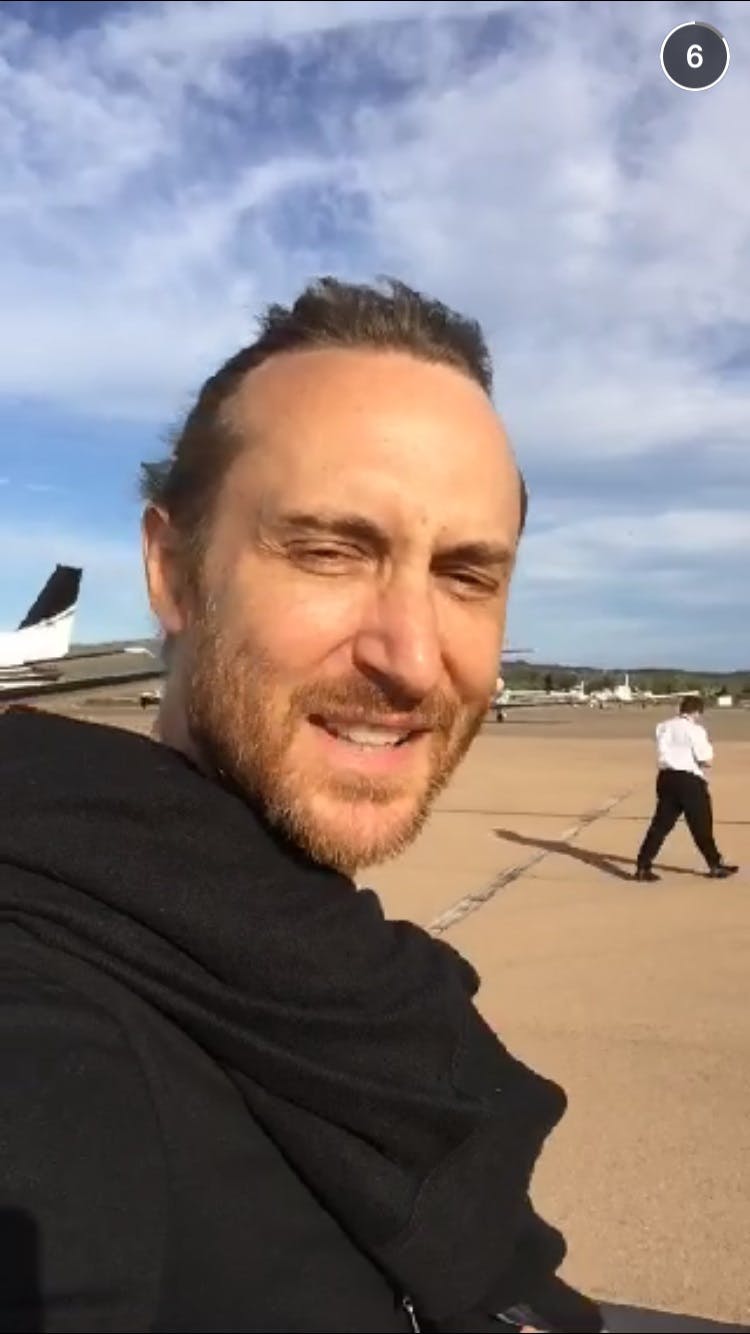 The French DJ superstar can be seen on Snapchat sharing footage of his travels and shows all around the world. It’s fun to live vicariously through him.

J-Lo joined Snapchat back in March. Since then, she’s shared some celebrity occasions, as well as more down-to-Earth moments at home with her kids.

Beliebers went crazy when the Canadian star revealed his Snapchat username back in June. The Bieb posts silly video clips and selfies for his adoring fanbase to croon over.

Have no clue how I got a snap chat from @MileyCyruspic.twitter.com/TYnDEqsZhY

Not known for shyness, Miley often uses Snapchat for scandalous selfies and snaps of her with celebrity pals.

TV host Ryan Seacrest has plenty to share on Snapchat and has even been known to send snaps directly to some of his followers.

You can expect some red carpet glamour and exclusive behind-the-scenes glimpses of a pop star’s busy schedule.

As you may have noticed from celebrity news sources, Kardashian is quite keen to share on the Snapchat platform. Recent posts have included make-up free selfies, workout insights, and yes, North West. 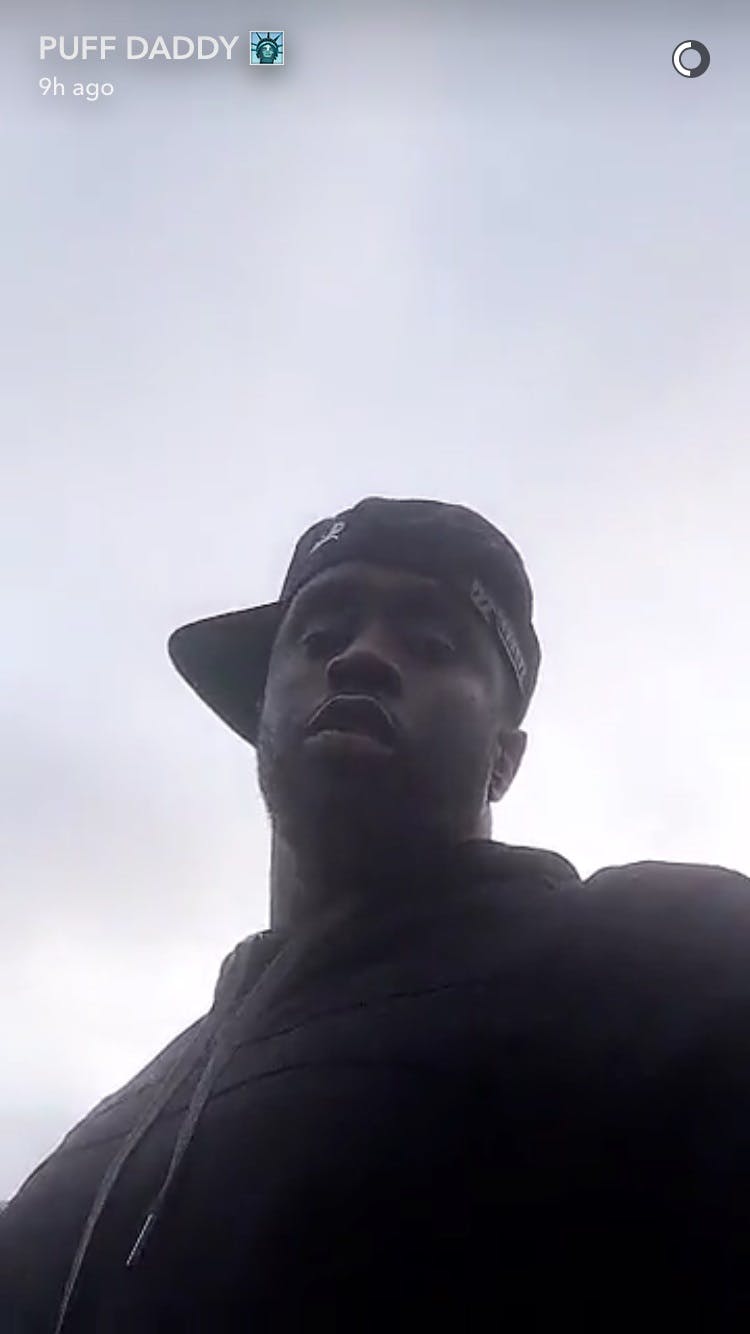 Big on inspirational and motivational content, the rapper formerly and currently known as P. Diddy uses Snapchat videos to share his thoughts on life, and, rather memorably earlier this year, a medical procedure on his shoulder.

Gwen Stefani has made headlines for sharing snaps of what some might consider private family events, such as birthday parties and wedding and anniversary celebrations. Fans will love the unfiltered look at her life, complete with lots of selfies. 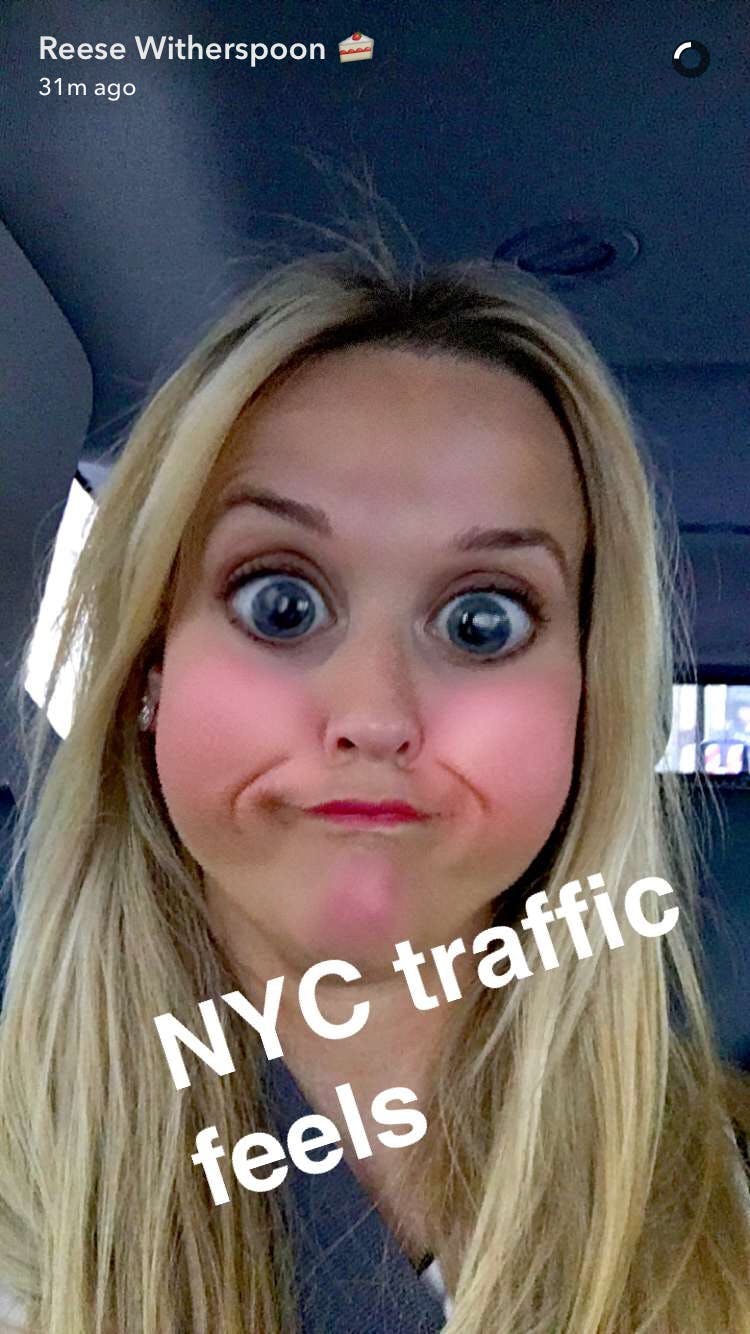 Clearly a Snapchat fan, Reese Witherspoon shares a bit of everything on her feed from looks at fashion collections, inspirational quotes, photos of family and friends, and candid moments out and about.

Lady Gaga chose Snapchat as the platform to reveal her David Bowie tribute tattoo with a video of her in the tattooist’s chair. Many other snaps have contained pics with celeb buddies, so follow along for some social star stalking.

Usher snaps a surprising amount of food photos. As well as seeing what the R&B star is about to eat, add him for moments with friends and insider footage from rehearsals.

Although currently taking a hiatus from social media, Ed Sheeran’s Snapchat content was popular with fans, comprising of silly selfies and lifestyle insights. We’re hoping he’ll return to the platform once he’s finished his third album. 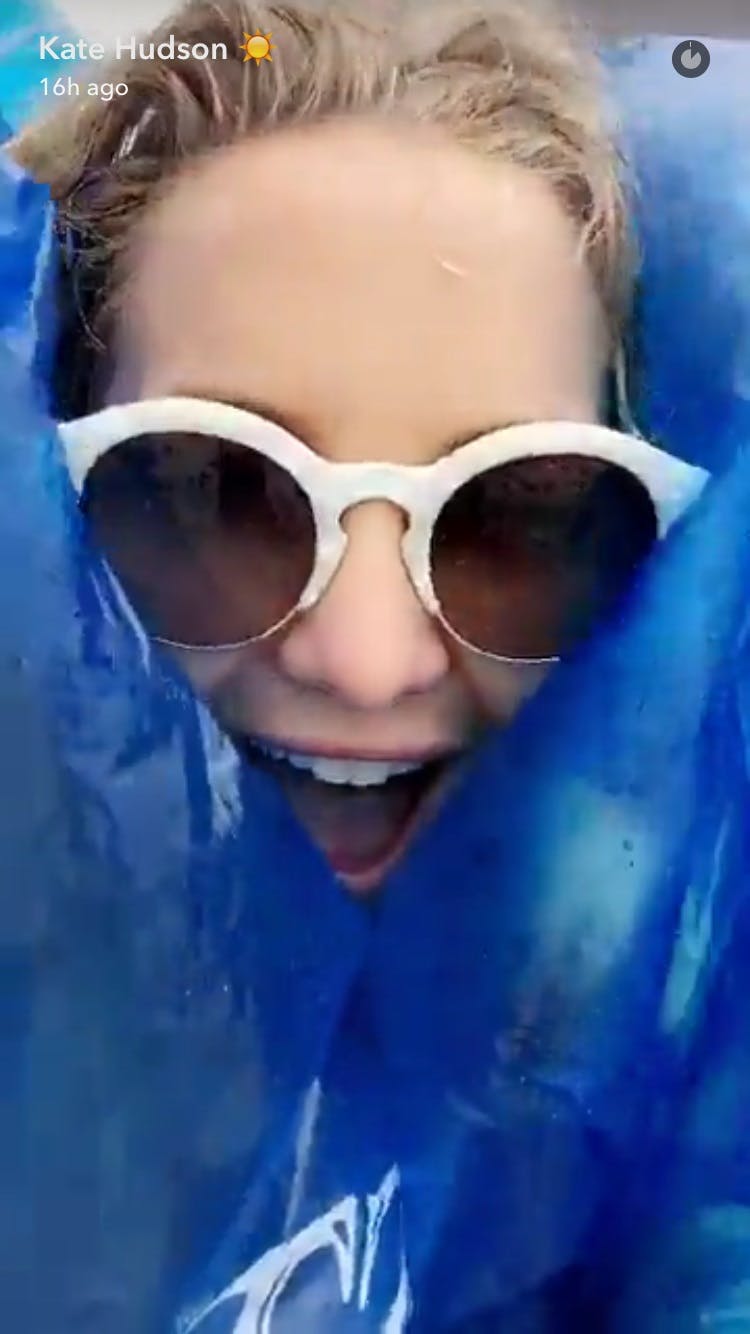 Singer and besotted new dad John Legend‘s Snapchat is full of adorable pics of his baby girl, Luna. For more from this cute family you can also follow Legend’s wife Chrissy Teigen (chrissyteigen). 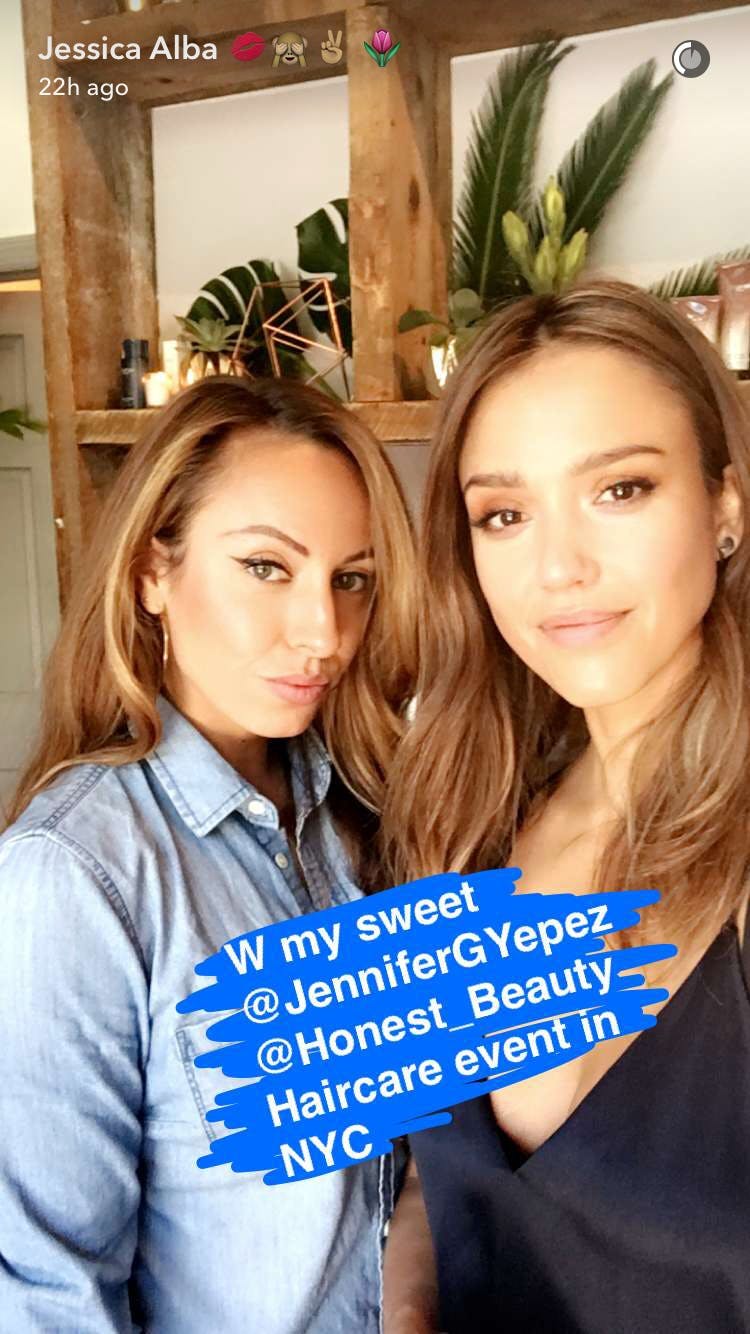 Expect lots of photos with glamorous friends and her happy family from Jessica Alba. Oh, and a fair bit of promotion for her cosmetics company, Honest Beauty.

Gigi Hadid posts a lot of behind-the-scenes photos from designer fashion shows, selfies with other model friends, and silly videos. Jenna Dewan Tatum is hilarious and shows it through posting funny videos—sometimes even featuring her Magic Mike beau, Channing Tatum. Everything Joe Jonas posts involves his band DNCE, but we’re still dreaming of his days in the Jonas Brothers. Might be too late to point this out, but Calvin Harris is so funny his snaps deserve an instant replay. Half of what Harris posts are steamy selfies, but he also shares really random and hilarious narratives often involving things like peanut butter sandwiches, plants, and other random things he’s surrounded by. He also loves to take snaps of the palm trees in Los Angeles. Following Kendall Jenner will most definitely make you jealous, but it also lets viewers in on her life as a high-fashion model who’s always surrounded by pretty people, fancy food, and glittery garments. From her username to her TV show, everything she does is just funny.

Diplo pretty much just takes a ton of selfies, photos of him traveling, and videos of his Major Lazor concerts with the fast-forward Snapchat feature. Norman Reedus of Walking Dead snaps selfies and funny videos of him and his friends.

The comedian and TV Host of Chelsea Latelyuses Snapchat as a platform to tell more jokes and take flawless selfies. The rapper and producer’s snap Story is exactly what one would expect: blunts, bling, and tour buses. Hannah Bronfman is the it-girl for all things fitness, beauty, and style inspiration. Also, her and Brendan Fallis are total relationship goals.

Shay Mitchell, most known for her role in Pretty Little Liars, snaps an equal amount of glamorous selfies as well as food that will make you drool. Alexa Chung is semi-active on Snapchat and takes lots of selfies, funny videos, and offers a look into her busy life as a fashion icon.

Disney actress Zendaya is refreshing to follow on Snapchat, as her life—as documented through Snapchat—reminds us that celebrities are just like us, except for the hair and make-up sets. Zendaya hangs with her friends, eats pizza, and lounges on couches—just like all of us. Selfies, selfies, boobs, selfies, and lots of mirror pics. What more could you ask for? If you follow Rick Ross he will show you all his luxury bling, take many selfies showing how proud he is of that fluffy beard and make us jealous of his fine living (shoutout to all the pear). DJ Khaled’s recent career spike is practically halfway based on his use of Snapchat. From documenting his jet-ski adventures to snapchatting his son’s birth, if you have time to watch his whole 200-second-long stories, then he is worth a follow. The youngest Hadid sister posts lots of selfies and behind-the-scene photos from fashion shows, but she’s a bit secretive when it comes to letting her followers where she is exactly. Follow Bob Saget if you want to hear dad jokes, watch him drink out of a lot of water bottles, and see where he is around the world.