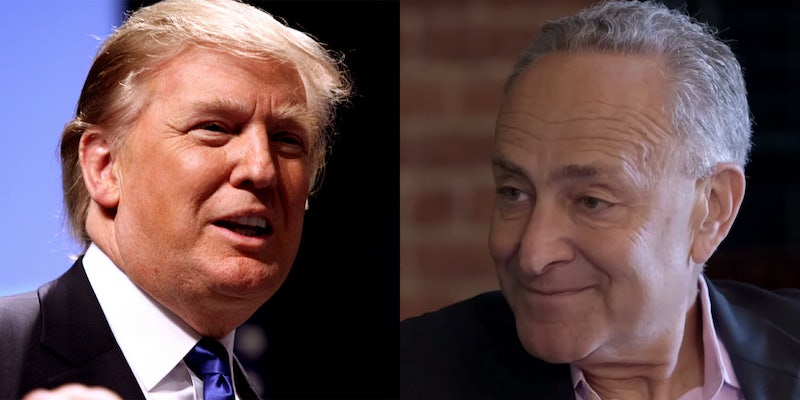 Schumer “privately urged” Trump to nominate Garland in a phone call this week that lasted fewer than five minutes, the Washington Post reports. Former President Barack Obama nominated Garland ahead of the 2016 election, but Republicans in the Senate blocked the position until Trump could place a conservative on the court. Centrists, including Schumer, seem to think he still has a chance.

Per the Post‘s source, Schumer told Trump that Garland’s nomination would “unite the country.” He also reminded the president of the issues at stake, including abortion rights under Roe v. Wade and Obamacare.

In a New York Times op-ed on Monday, Schumer worried outwardly about the future of the Supreme Court’s decisions on affordable health care and abortion rights.

Meanwhile, Trump is dwindling down his shortlist for picks. NPR reports that his top two are Judge Brett Kavanaugh, who has connections to former President George W. Bush and isn’t socially conservative enough for some, and Judge Amy Coney Barrett, who’s known for her Catholicism but hasn’t written many opinions. Judge Raymond Kethledge, who has a tight record of conservative rulings, is also in the mix.

It seems Trump has far from made up his mind, and it’s possible he could name others before a final decision is made. But he sure as heck won’t be naming Garland.