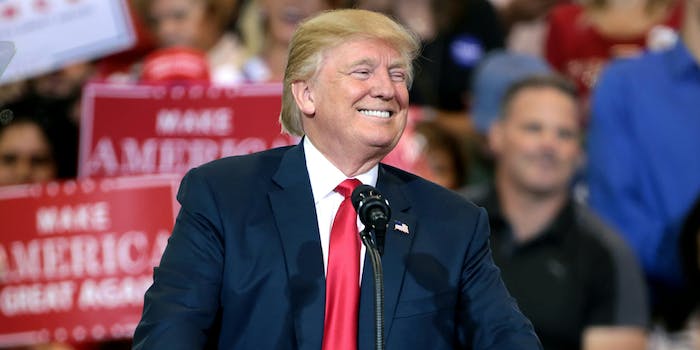 Keith Schiller was grilled about Trump's trip to Moscow.

A Russian participant of a business meeting regarding the Miss Universe Pageant in 2013 offered to send “five women” to Donald Trump’s Moscow hotel room, his longtime bodyguard Keith Schiller told Congress this week, according to a new report.

Schiller took the offer as a joke, sources told NBC News, and responded, “We don’t do that type of stuff.”

NBC News reports that Schiller was disputing allegations made in the explosive dossier compiled as opposition research ahead of the 2016 election. The dossier, which contains a host of allegations, also includes references to the so-called “pee tape,” a tape the dossier says Russia had involving urine and prostitutes during the Miss Universe pageant that could be used as blackmail against Trump.

Schiller described his reaction to the allegation “bullshit.”

Sources told the news outlet that Schiller conveyed the offer to Trump, who laughed about it and went to bed alone. Schiller testified that he stood outside of Trump’s bedroom for a while before going to bed himself.

During the testimony, Schiller said both he and Trump were aware of the possibility of hidden cameras being set up in the hotel room, according to the report.

Schiller was testifying before the House Intelligence Committee for four hours and the trip to Moscow was a “significant” portion of the testimony, according to NBC News. He was also reportedly asked about the meeting between Donald Trump Jr., Paul Manafort, Jared Kushner and others had with a Russian lawyer in June 2016.

In a statement to NBC News, Schiller’s lawyer called the leaked information regarding his testimony “blatantly false and misleading.”

You can read the full NBC News report here.