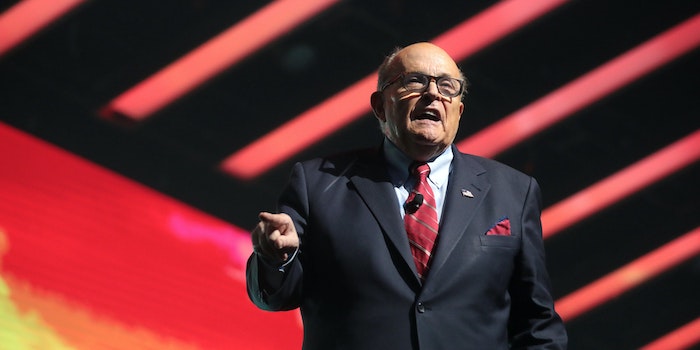 Dominion Voting Systems has filed a defamation lawsuit against Rudy Giuliani over his repeated claims that the company was part of an effort to fix the 2020 election against former President Donald Trump.