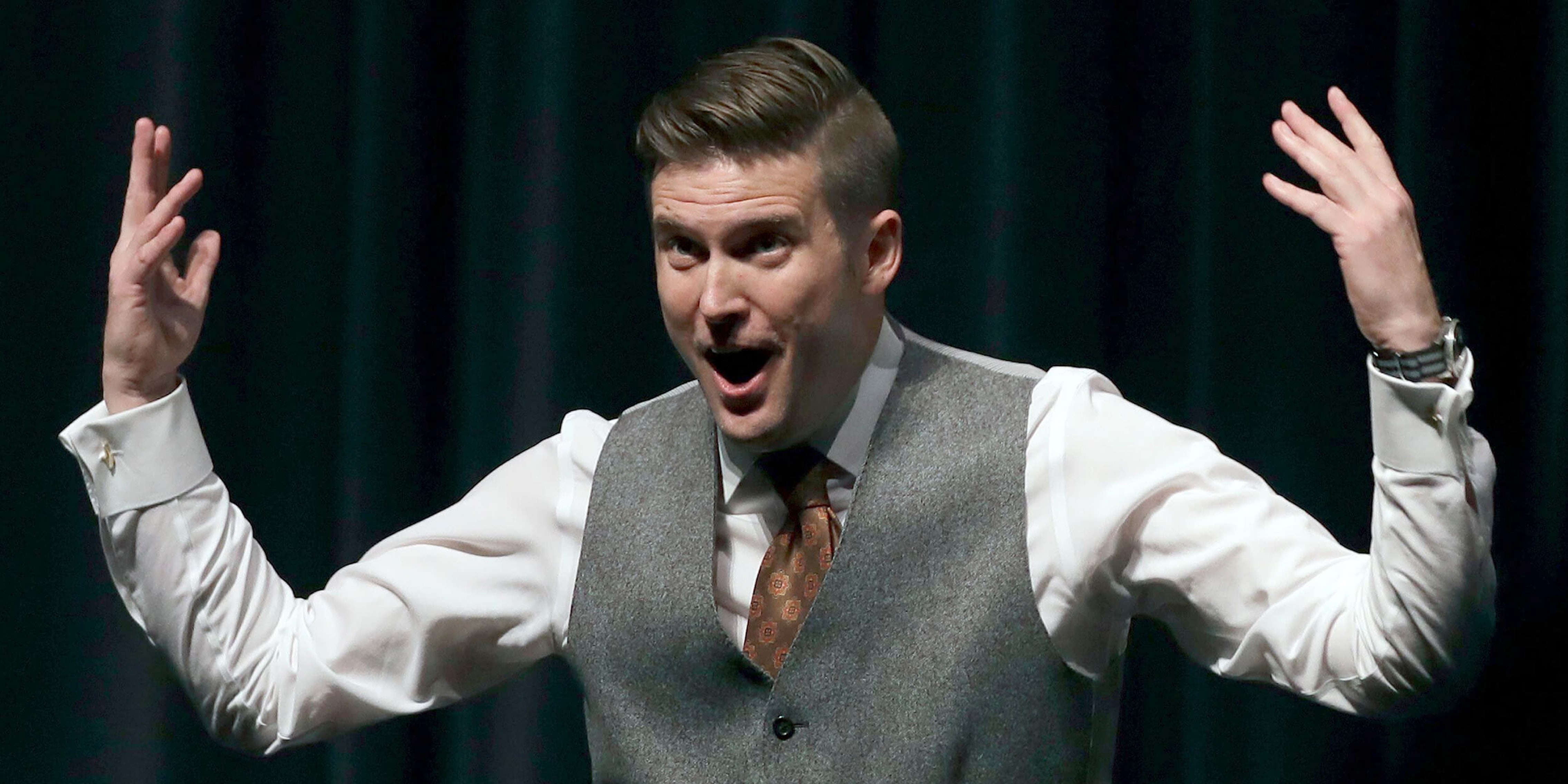 He lost his temper in Charlottesville aftermath.

White supremacist Richard Spencer is very upset. In the summer of 2017, a rally in Charlottesville, Virginia, was supposed to be a breakout moment for his neo-Nazi movement.

Instead, a white supremacist killed Heather Heyer, a woman protesting the Nazis who had descended upon the small Virginia college town, and the scourge of the burgeoning movement was exposed.

While white supremacists have still committed hate crimes and mass shootings since that day, Charlottesville was also a turning point. Many in America woke up to the problem of America’s neo-Nazi underbelly, and people like Spencer have struggled to gain a foothold, with social media sites helping to boot hate figures.

But in the immediate aftermath, in newly leaked audio, Spencer goes on a furious tirade about how their message was received, and what he plans to do about it going forward.

It can only be described as an out-and-out meltdown. Spencer uses several racial slurs in the audio.

“Little fucking k*kes. They get ruled by people like me. Little fucking octar**ns,” he said. My ancestors fucking enslaved those little pieces of fucking shit,” Spencer said, talking about Jewish people, and using an antiquated slur for people of African descent.

Adamant that his movement would endure and rise again, Spencer screamed that he would go to Charlottesville every weekend until he ruled the world. (He did not.)

“I rule the fucking world,” Spencer shouts. “Those pieces of shit get ruled by people like me. They look up and see a face like mine looking down at them. That’s how the fucking world works. We are going to destroy this fucking town.”

The audio, in a possible sign of division in the white nationalist movement, was leaked by right-wing troll Milo Yiannopoulos, a former friend of Spencer’s.

Correction 9:38am CT: This headline has been updated to more accurately reflect Spencer’s comments.