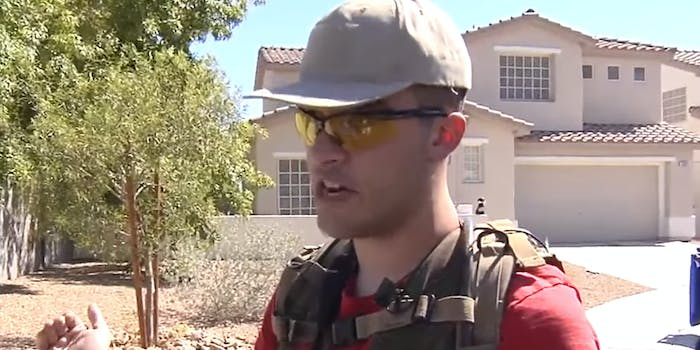 He talked about his recruitment plans on Discord.

The FBI arrested a neo-Nazi in Las Vegas last week for planning to bomb LGBTQ clubs and a Jewish synagogue. Discord chats surfaced Thursday, revealing he was also trying to recruit students from middle schools, high schools, and colleges, according to Vice.

The Las Vegas Joint Terrorism Task Force was investigating 23-year-old Conor Climo for months. He was a part of a splinter group of Atomwaffen, a violent, white supremacist organization. The group is responsible for at least five murders in the U.S. over the last several years. Investigators found his chats on Discord, a popular gaming chat client.

In the chats, Climo discussed his plans to recruit children to help him carry out his racist, violent attacks.

Climo supposedly wrote on Discord under the names “B1488” and “Sir88,” both of which reference white supremacy and Nazi slogans. Climo wrote that he wanted to assist Atomwaffen’s “race war.”

Over the past couple of months, Climo was unknowingly chatting online with undercover FBI agents. Based on the chats, a judge refused to allow Climo to post bail.

“The Court finds that the defendant is not just talking about what he believes and intends to do, but rather is planning, and has engaged in actions,” the judge wrote in her decision, per Vice.

The court documents also show that Climo had detailed plans about security measures at a local synagogue and the layout of an LGTBQ bar. Investigators also found an unregistered gun in his home.

Three years ago, Climo was featured in local news segments for walking around armed in his neighborhood, saying he wanted to keep Las Vegas “secure.”