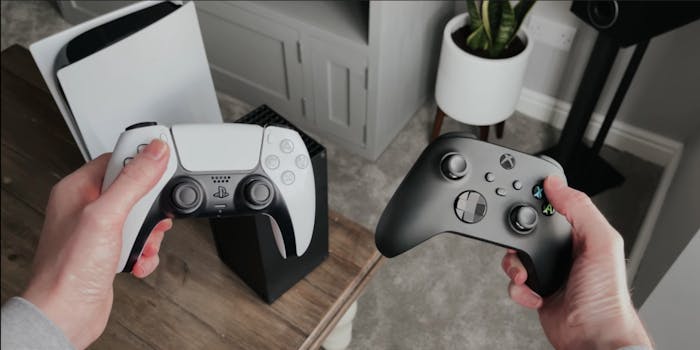 Reddit users have banded together to fight back against scalpers who are bulk purchasing Playstation 5 and Xbox Series X consoles.

Since their releases last month, both consoles have been snatched up en masse by scalpers looking to resell them at inflated price points. The process has even been automated thanks to bots, designed to purchase entire stocks of the PS5 and Series X as soon as they appear on the sites of major retailers.

Fed up with being unable to secure either console, users on Reddit’s r/scamthescalpers have begun turning the tables and purposely sabotaging resellers.

The subreddit is filled with stories as well as tips and tricks for throwing a wrench into scalpers’ efforts.

In one popular post, user u/mkv_gti2 recounts what they allegedly did after finding a scalper’s advertisement for overpriced PS5s. The user responded by setting up an advertisement of their own that offered the consoles for significantly cheaper using the scalper’s phone number.

“DO NOT use scalpers’ numbers to post your own ads at a reasonable price to flood their phone, poor guy can’t run his ‘business,'” u/mkv_gti2 sarcastically wrote.

Another tactic common on the subreddit involves users posing as customers and setting up inconvenient meeting places with scalpers. Only once the meeting is set, the user never actually shows up.

It should be noted that while the anti-scalper sentiment is undoubtedly real, the stories shared on the subreddit remain unverified.

One user out of Austin, Texas, claims to have convinced one reseller on Facebook to meet him at a UPS store. When the scalper arrived, the user instead told him to head to the comedy club next door.

“Go inside and tell them you’re selling a $500 console for 1200 bucks,” u/Thecatalyst719 allegedly said over Messenger. “I’ll bet they think its hilarious.”

Another user even claimed to have tricked two different scalpers into driving more than 30 minutes to meet one another.

Upon arriving, both scalpers were allegedly confused as to why they both arrived to the meeting with PS5s in hand.

Another ingenious post encouraged users to attempt to get a scalper to show up for a non-existent meeting at a children’s hospital. The user suggested also calling a local news crew and claiming that a man was on his way to donate a PS5 to sick children.

While not everyone in the subreddit agrees that price-gouging is wrong, the vast majority of users appear to believe that inconveniencing scalpers is a noble cause.

The subreddit, which was created earlier this month, has already racked up over 26,000 members. The anti-scalper community will likely continue to grow as long as both consoles remain elusive.