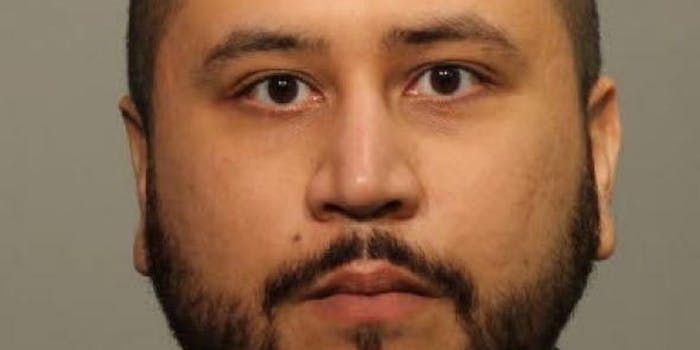 McShootface is not the only person trolling Zimmerman.

In what may be one of the most distasteful acts in recent memory, George Zimmerman on Thursday put up for auction the gun with which he shot and killed 17-year-old Trayvon Martin in 2012.

Then things got weird.

GunBroker.com, the site where Zimmerman first tried to auction the firearm, deleted the post just before it was scheduled to go live on Thursday morning. Zimmerman, who was acquitted in the killing of Martin in 2013, then created a new auction on UnitedGunGroup.com, where it quickly went haywire.

In the online auction, prices began to soar, with the top bidder offering $65 million for the gun. That bidder’s username was reportedly “Racist McShootface.” This was not what Boaty McBoatface was supposed to inspire!

Top bidder in Rayvon Martin Gun Auction is "Racist McShootface" Not a #joke ..neither was the murder nor is the auction.

In the description for the item, Zimmerman write that he is “honored and humbled to announce the sale of an American Firearm Icon,” and calls it a “piece of American history.”

UnitedGunGroup.com owner Todd Underwood told the Washington Post on Thursday that, while he does not condone Zimmerman’s sale of the gun, he believes he has the right to sell his personal property.

“I talked to George Zimmerman earlier today and told him that as long as all laws are being followed, he can list the gun on our site,” Underwood said. “I don’t support it, I don’t condone it, I don’t have anything against it. It’s his property, it’s his decision.”

Zimmerman also promises to donate the money to “fight [Black Lives Matter] violence against Law Enforcement officers, ensure the demise of Angela Correy’s persecution career and Hillary Clinton‘s anti-firearm rhetoric.” Zimmerman’s killing of Martin sparked the rise of the Black Lives Matter movement, which would rise to national prominence following the police-involved deaths of other young black Americans in 2014.

According to the Chicago Tribune, the Racist McShootface account has been deleted. As the time of publication, the current top bidder is Craig Bryant, who bid approximately the same amount as Racist McShootface. The site also lists his bid as happening at 3:19 CT, which hasn’t happened yet.

In an even more tasteless move, one of the bidders lists themselves as “Tamir Rice,” the 12-year-old boy shot by Cleveland police in November 2014.

#RacistMcShootface auction update: A $65MM bid is back – from "Craig Bryant." It hasn't been bid up. Are they doxxing our hero?

The bids certainly seem like a troll move, but that’s still a lot of money that could potentially go into George Zimmerman’s hands. The bidding ends in four days.