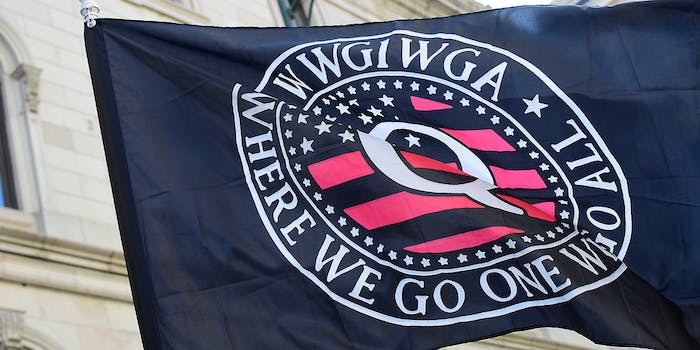 QAnon supporter kills own kids after claiming they had ‘serpent DNA’

A two-year-old and a 10-month old were killed with a spearfishing gun.

A supporter of the QAnon conspiracy theory has confessed to murdering his two children after becoming convinced that they had been infected with “serpent DNA.”

Matthew Taylor Coleman, a 40-year-old surfing instructor from Santa Barbara, California, admitted to shooting his 2-year-old son and 10-month-old daughter with a spearfishing gun in Mexico after abducting them over the weekend.

Coleman, according to statements from the FBI in a criminal affidavit filed on Wednesday, claimed that killing his own kids was necessary in order to save the world.

“M. Coleman stated that he believed his children were going to grow into monsters so he had to kill them,” special agent Jennifer Bannon wrote. “M. Coleman explained that he was enlightened by QAnon and Illuminati conspiracy theories and was receiving visions and signs revealing that his wife, A.C., possessed serpent DNA and had passed it on to his children.”

Supporters of QAnon believe that former President Donald Trump is secretly battling a cabal of child-eating pedophiles comprised of left-leaning politicians and celebrities.

Coleman, who is currently in federal custody, has been charged with the foreign murder of U.S. nationals.

Coleman’s wife had called the Santa Barbara Police Department on Saturday to report that her husband had taken the kids.

After using the “Find My Phone” feature on her laptop, Coleman’s wife later discovered that her children had been taken to Rosarito, Mexico. The FBI was able to locate Coleman as he attempted to return to the U.S. without his kids.

Investigators say Coleman’s vehicle registration was covered in blood. Mexican authorities eventually found the bodies of the two children in a ditch. Coleman admitted to throwing away his blood-soaked clothing as well as the spearfishing gun after the murders.

Coleman also revealed that he had shot his daughter through the heart but that his son was still alive after being shot with the spearfishing gun in the chest before succumbing to his injuries.