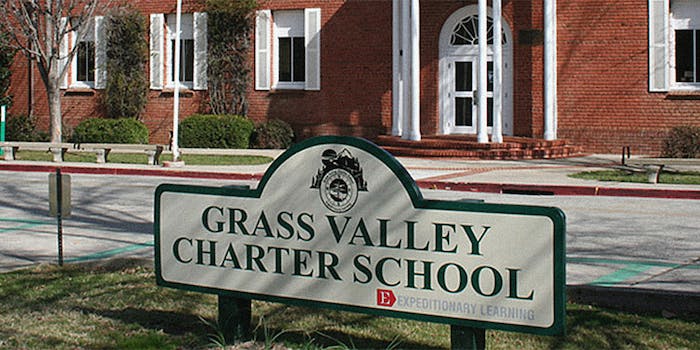 The online conspiracy theory is again having real world consequences.

A charter school fundraiser in rural Grass Valley, California, situated about 60 miles northeast of Sacramento, seems like the least newsworthy event one could possibly think of.

But in the shadowy war between good and evil the QAnon conspiracy theory is obsessed with, anything can be a battlefield, as long as the deep state casts its evil eye on it

So when a random, anonymous Q-following account saw a James Comey tweet jumping on the “five jobs I’ve had” hashtag, they thought it had to include a secret message about an upcoming jihad-driven false flag attack.

And it was perfect fodder for bigger QAnon accounts to run with.

Within a few days of the April 28 tweet by “Top Info Blogs” accusing Comey of plotting to attack the Grass Valley Charter School Foundation’s Blue Marble Jubilee, the story had gone national. And with it came calls and emails to the foundation claiming they were in imminent danger. 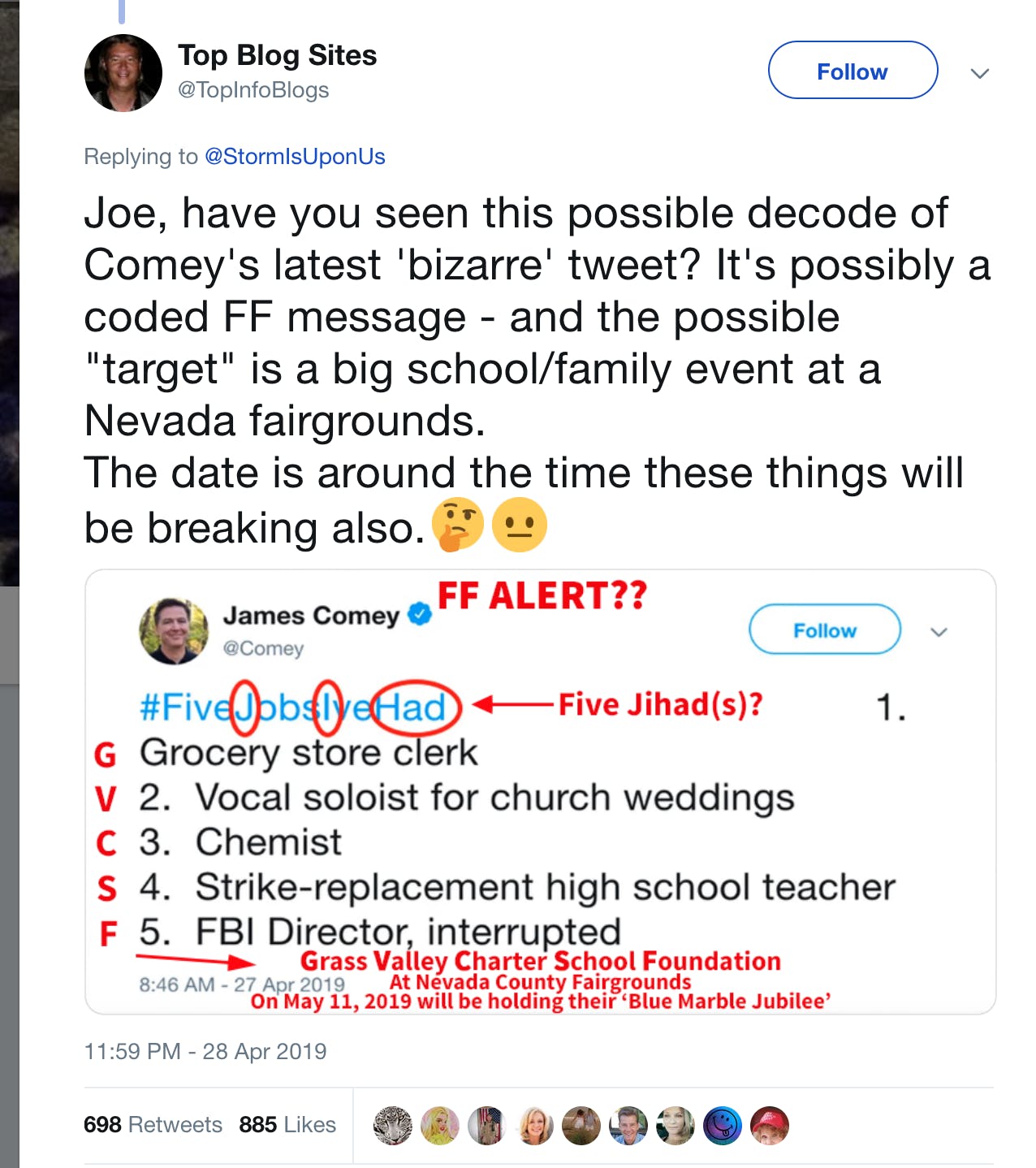 They were not. Local police determined there was no threat to the school, the 700 families it serves, or the fundraiser. And yet, the organizers of the event canceled anyway, due to parental fears and out of an abundance of caution as to the havoc that even a single QAnon believer could unleash on the event.

Or, if you listen to the QAnon community, they were convinced to cancel because children were in peril.

The story put QAnon on the radar of more people than ever, as a dangerous and perennially misinformed theory that nonetheless is having a negative impact 0n the lives of an increasing number of innocent people.

In an exclusive interview, Blue Marble Jubilee organizers Kathy Dotson and Wendy Willoughby spoke to the Daily Dot about how they found out about the Twitter hubbub, the nature of the responses they got from Q believers, and just how much money this fiasco cost their school.

The following is a lightly edited transcript of the conversation.

Daily Dot: Had you heard of QAnon before this all started? Had any of the parents you dealt with?

Kathy Dotson: I had heard of QAnon, and I really thought that it was something to be slightly concerned about, but that would never affect my daily life. In explaining what happened with the Blue Marble Jubilee, about 95% of the people I talked to had not heard of QAnon.

Wendy Willoughby: I had never heard the phrase QAnon, but once I began researching the people behind this and discovered references to the ‘deep state,’ I understood completely who we were dealing with. Like Kathy, the large majority of folks I talked to and still talk to are completely unaware of either the Deep State or QAnon. Even those who are familiar with them have had a very difficult time wrapping their head around the entire situation.

DD: How did you first get word of the tweet that mentioned the school, and the reactions to it?

KD: A friend who works for the local newspaper alerted me to the Twitter feed, via a local Facebook post. My first thought was “how comical.” After about an hour, I thought, wait, “this is a little scary.”

WW: As the president of the GVCS Foundation, I have access to our email account. The school contacted me less than 48 hours after the original Comey tweet on Saturday.

We received some emails that were disturbing and they wanted me to know they all had been turned over to our District and our local authorities. I took some time to research more thoroughly the entire situation. It was then, for me too, when reading and discovering the many reactions and responses to the theory that I began to feel concerned that this may not be something we could brush off.

Sure enough, once at school the next morning, I was informed we had already seen several concerned parents in the office as well as those talking to our leadership team members about the situation and wanting to know what was happening.

DD: How many QAnon believers directly contacted you or your school? What did they say?

WW: We received 5-6 emails and a single voicemail call. The Fairgrounds where the Blue Marble Jubilee would have been held received a few more phone calls as well as a handful of emails, along with the local Chamber of Commerce. All of these messages were of a cautionary nature  Of those, there were two who identified as QAnon.

The man who left the voicemail then sent an email through our school website, congratulating us that we took his message seriously. Additionally, we had a QAnon follower reach out over the weekend [out of remorse] to set up a GoFundMe account [Note: the fundraiser appears to have been taken down as of Thursday.]

Our web traffic was up 1000% from Sunday through Monday.

DD: What was the final straw in canceling the event? A specific threat, or just the rising tide of uneasiness from parents?

KD: Reading the many tweets on the Twitter feed [that posted the original tweet] and the comments on the YouTube videos, we were alerted to the many followers feeding into the fear and hysteria. We were concerned that a “lone wolf” would show up at the event. We were apprehensive of what the capability of these followers was—and if that in itself posed a threat and risk to the safety of our festival attendees.

[And] although the rumor was small and only filtering to a small amount of people in the school and public, based on the reactions of those few, we knew that a successful and well-attended event was not a probability.

WW: We knew the theory itself was not targeting our event and in fact, it appeared that the QAnon [followers] somehow thought they were keeping us safe. But there was concern that the call-outs to the Anon communities to ‘protect the children’ could entice these people to show up to our event. Both of those scenarios quickly took us to a tipping point—there was no win for the festival under these circumstances.

DD: If you feel like you can say, how much did this cost your school district, in terms of both money already spent and revenue lost?

KD: Based on [revenue from] the past two years, we were projecting proceeds of between $20,000 and $25,000. We are still tallying what costs we have accumulated, and estimate that will total somewhere around $8,000. We live in a very supportive community and most of our sponsors have converted their sponsorships to donations.

DD: What do you want QAnon believers to know about their actions here? Many truly feel like they thwarted an attack and “saved children’s lives.” What did they really do?

KD: They created fear and hysteria based on nonsense in a tweet. A wonderful and magical community family festival, [that serves as] a major fundraiser for a small Northern California school was completely ruined for the year. Children and families were placed into a realm of fear that no one should ever experience. There was no direct threat to the school or event: yet the hysteria the QAnon [followers] created through social media was REAL. It caused a hurricane of words and emotions through their followers that caused us to be cautious, however far away those words originated.

We teach our children to be aware of how their actions and words affect others, and to treat others the way that we want to be treated. And in this current day, we now must teach our children not to share words on social media if they don’t want the world to know them. QAnon spreads lies, hate, and fear—and our sweet Northern California town felt and heard all of it.

We cannot be ruled by lies, hate, and fear. We cannot let this happen again. 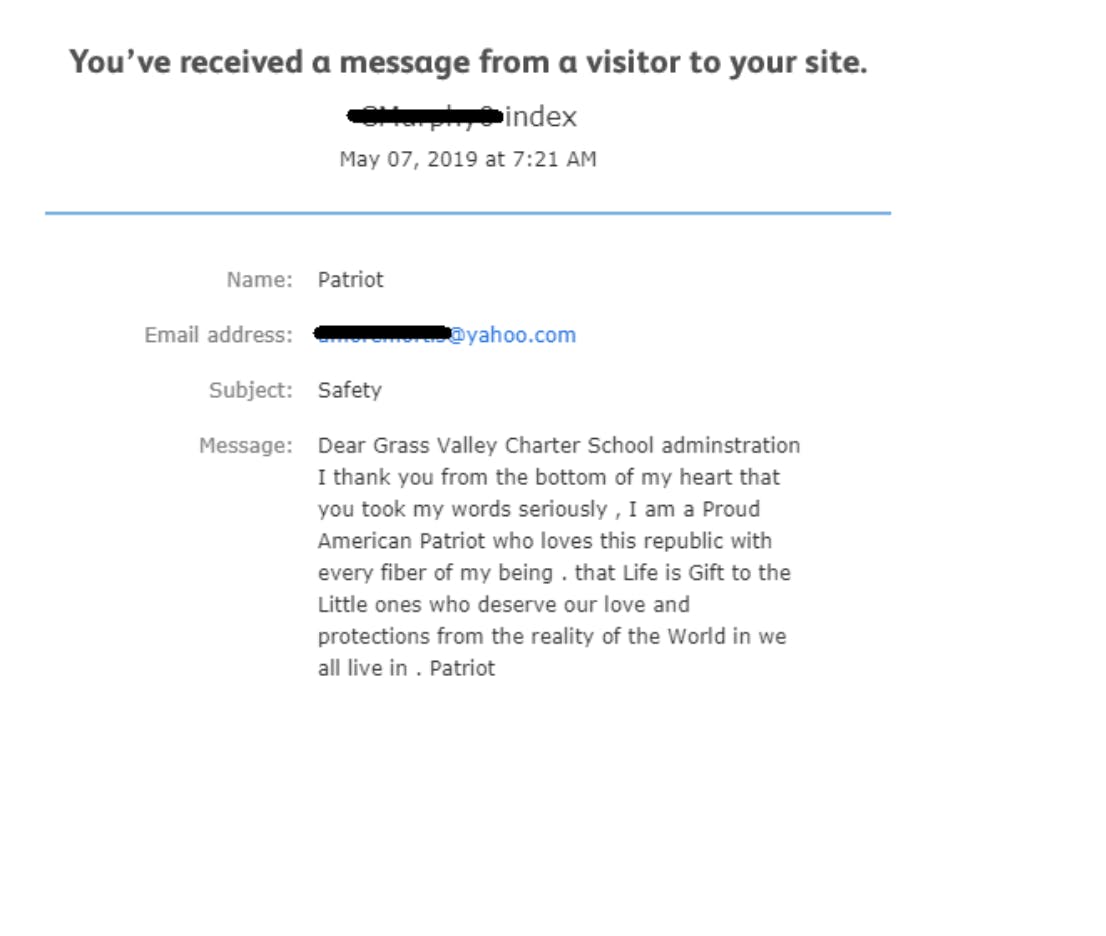 WW: We wish every moment that there was some way to make it clear, to shake them into reality that they did not force the cancelation of this lovely event because we took their made-up threat and absurd aggregation of coded messages seriously.

For those that believe that they thwarted a disaster, you saved no one. If you want to make this country and the world a better place, then get off your screens and find somewhere to volunteer, maybe you could choose a school or organization that supports children. You need to make up for what you did.