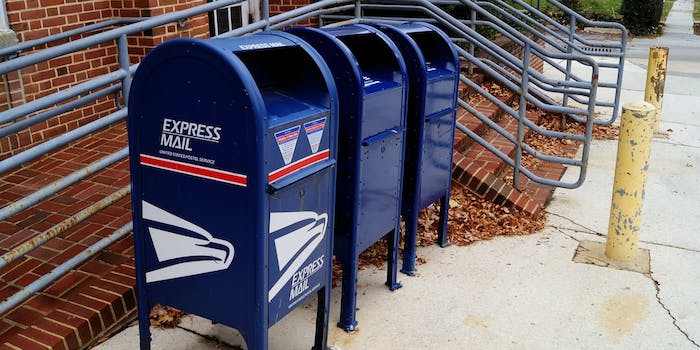 The announcement comes as Louis DeJoy is set to testify in front of a senate hearing.

Louis DeJoy, the controversial postmaster general appointed by President Donald Trump, announced on Tuesday that recent policy changes blamed for slowing down the mail would be suspended.

The decision comes shortly after DeJoy, who has been accused of kneecapping the U.S. Postal Service (USPS) in an effort to discourage mail-in voting on behalf of Trump, was ordered to testify on Friday at a Senate Homeland Security and Governmental Affairs Committee hearing. A House hearing is also slated for Monday.

DeJoy has promised not only to expand a task force on election-related mail but has vowed that such mail will be delivered “on time and within our well-established service standards.”

Retail hours ahead of the election will not be changed, DeJoy added, and mail-processing facilities will not be closed.

DeJoy also stated that mail-sorting machines and blue mailboxes would not be removed either.

Nationwide outrage was stirred earlier this month after documents showed that the USPS planned to remove hundreds of mail-sorting machines to cut costs, although it appears such plans were in motion before DeJoy was appointed.

Trump, who has spent weeks making false claims about mail-in voting and the election being “rigged,” appeared to change his tune on Monday when he tweeted “SAVE THE POST OFFICE.”

The president even openly admitted last week that he opposes giving additional funding to the USPS amid the coronavirus pandemic in order to make delivering mail-in ballots more difficult.

The fiasco, based on legitimate and verified concerns, has also led to widespread conspiracy theories online about mailboxes being secretly removed across the country. Nearly all of the claims cited years-old images of mailboxes that were actually being repaired.

It is true, however, that numerous mailboxes in states including Arizona, California, Ohio, Oregon, Pennsylvania, and Montana have been removed in recent weeks.