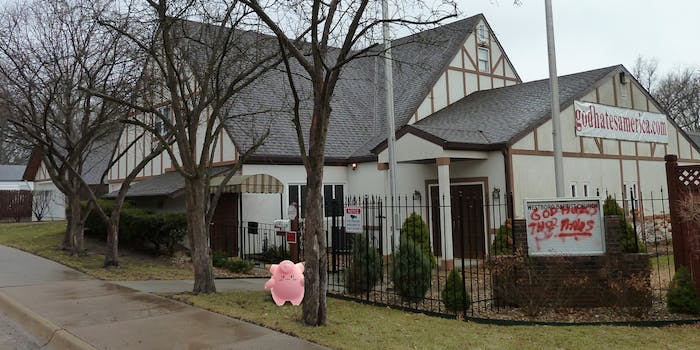 The bigots used 'return to the Dark Ages.' It wasn't very effective.

This article contains a vine that features hate speech.

The Westboro Baptist Church is currently locked in an epic battle for control of a Pokémon Go gym—the group’s headquarters.

Pokémon Go, the massively popular, GPS-enabled augmented reality game, which sends players out into the real world to collect “pocket monsters” and release them into combat against other players’ monsters, is largely centered around gyms—locations where players battle for control and the attendant bragging rights that come with it. Game locations range from a public park in your neighborhood to cemeteries to strip clubs to, um, the 9/11 Memorial Pool at Ground Zero in Manhattan.

The Westboro Baptist Church building in Topeka, Kansas, is one of those locations. Like everything else about the controversial religious group—infamous for staging protests against same-sex marriage during events like the funerals of soldiers and celebrities—Nintendo‘s selection of the church has inspired conflict.

At first, a Pokémon trainer going by the handle Pinknose took control of the gym using a Clefairy named ‘LoveIsLove’ after the slogan promoting same-sex marriage.

The Westboro Baptist Church Gym is currently controlled by a Clefairy named LOVEISLOVE . ICONIC. I LOVE IT. pic.twitter.com/y4RRv5nXxT

The church viewed this virtual takeover of their virtual home base as a virtual challenge and mounted a virtual campaign to virtually reclaim what was rightfully—well, virtually—theirs.

The church’s official Vine account also posted this video because the world was not strange and horrible enough already. (Warning: The audio on this vine is not safe for work or life).

The church’s Pokemon of choice, apparently, is a Jigglypuff.

In an interview with USA Today, church elder Steve Drain said the church’s location as a gym is a great opportunity to spread its message to a younger generation. “This little church, as despised and vilified as we are, the location of this church will be memorialized throughout eternity,” he insisted. “We’re willing by God’s grace to say that homosexuality is wrong, and that’s what we’ve been known for, even though we preach the whole counsel of God.”

The moral of this story is that the Westboro Baptist Church, and its surprisingly active social media presence, is just as thirsty for Pokémon content as everyone else. 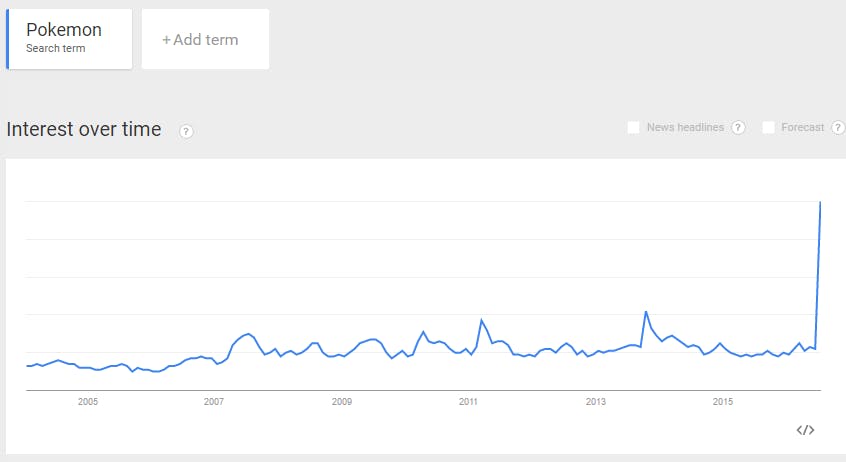 However, same -sex marriage is in legal in all 50 states and is supported by a majority of Americans. Even a majority of young people who identify as politically conservative are in favor of letting gays and lesbians getting being able to get married. No matter who ends up controlling the Westboro Baptist Church’s Pokemon gym, it’s pretty clear which side is winning.