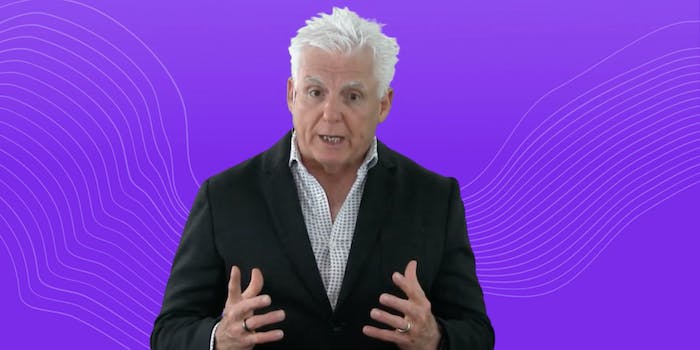 A video shows him boasting about it to his congregation.

A video, which was published by Right Wing Watch, shows that Henderson boasted to his congregation on Sunday that he prayed for control of the Supreme Court. According to Towleroad, he delivered the prayer during a meeting with other conservative evangelicals in Washington, D.C., on Sept. 14.

“I told them, I said, ‘Look, we need to go into the courts of Heaven right now while we’re on-site in D.C., and we need to shut the mouth of the lion, judicially. We need to ask for a judgment against the lion that has actually been devouring and intends to devour from the Supreme Court. We need to get a judgment against this lion that Paul said God shut the mouth of.’ So, I led us into that place,” he recalled saying.

Ginsburg died of complications from pancreatic cancer a few days later on Sept. 18.

Ginsburg’s death vacated a seat on the Supreme Court that President Donald Trump, along with other Republican leaders, has vowed to fill. Trump said he will announce his nominee on Saturday, and Senate Majority Leader Mitch McConnell promised to hold a confirmation vote before the presidential election in November. With a slim Republican majority in the Senate and at least four GOP senators previously stating they would not vote on a new Supreme Court justice so close to the election, it has been uncertain whether Trump’s nominee would even get confirmed. However, two senators—Sen. Chuck Grassley (R-Iowa) and Sen. Lindsey Graham (R-S.C.)—have already backtracked, now saying they support voting on Trump’s nominee. And Mitt Romney (R-Utah) on Tuesday backed holding the vote, reportedly securing the 51 senators needed to push Trump’s pick through.