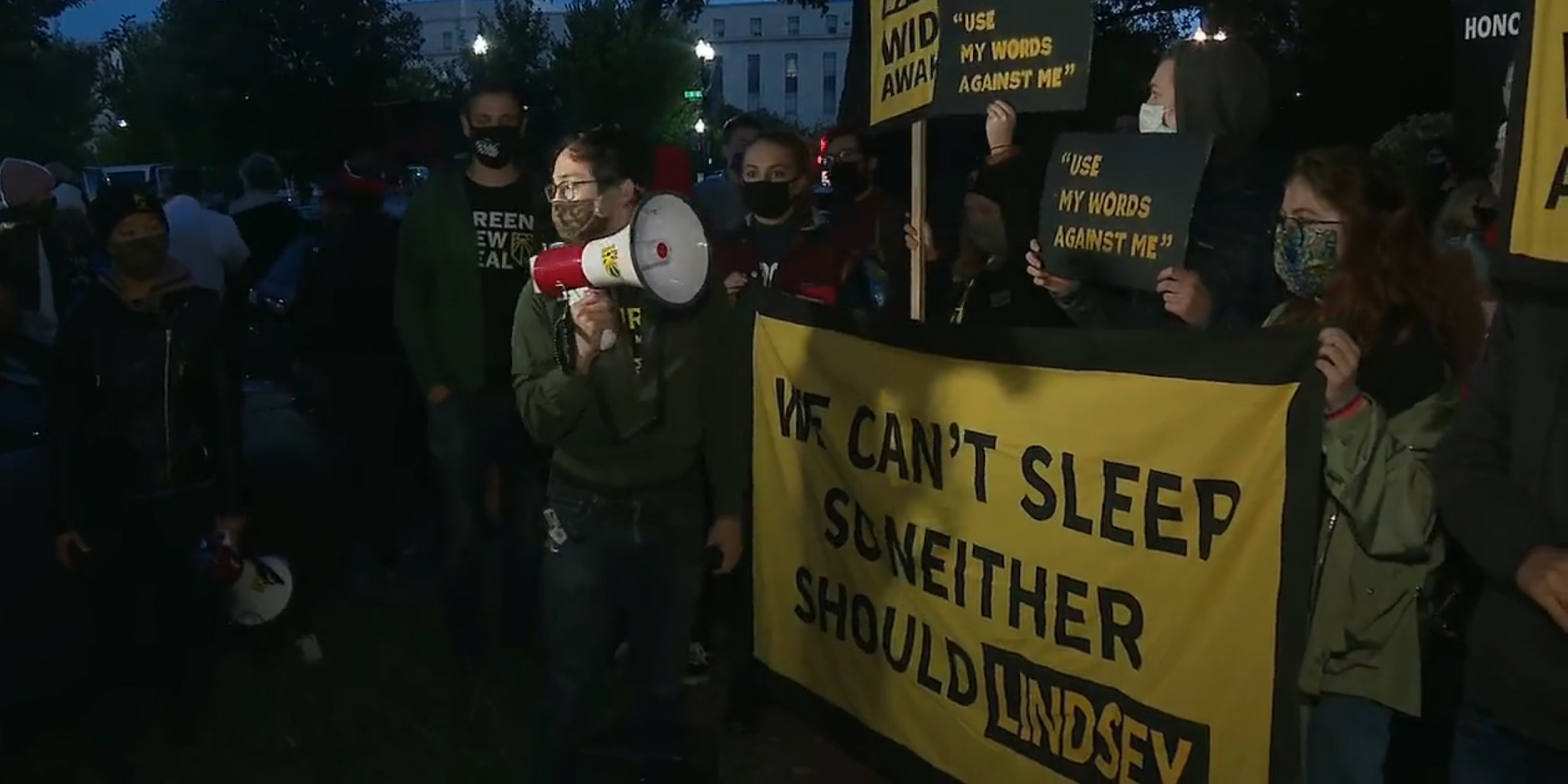 ‘Use my words against me’: Protesters gather outside Lindsey Graham’s home after RBG flip-flop

'We can't sleep so neither should Lindsey.'

Graham’s remarks directly contradict what he said in 2016, and people near his home on Monday morning made sure to highlight that.

Ginsburg, 87, died late Friday, and Republican members of Congress nearly immediately began talking about filling her seat on the nation’s highest court before the upcoming election.

Graham, the chair of the Senate Judiciary Committee that holds confirmation hearings for Supreme Court nominees, said on Saturday that he would support President Donald Trump’s nominee getting a hearing, which is a flip-flop of previous statement’s he’s made about appointing justices during an election year.

Former President Barack Obama appointed Judge Merrick Garland to the court, only to be blocked by Senate Republicans arguing that the presidential election should dictate who gets nominated to the court. Trump won the election and ultimately nominated Neil Gorsuch.

With Trump now looking to make another appointment, Graham over the weekend said that he would support the move before the next election. However, Graham was signing a different tune in 2016.

Video of the protests near Graham’s home on Monday morning show them shouting “use my words against me” and holding a sign that says “We can’t sleep, so neither should Lindsey.”

The protest was organized by Shut Down DC and Sunrise DC.

“Justice RBG’s dying wish was that she be replaced by the next president. Lindsey Graham is the Chairman of the Senate Judiciary Committee, which is the first place a Supreme Court nominee gets vetted by the Senate. We’re visiting his house on Monday, Sept. 21 at 6am to wake him up to the moral choice here, which is to not hold a hearing for Trump’s shitty nominees,” the groups wrote in a sign-up form for the event.

Trump told Fox & Friends on Monday morning that he plans to announce his Supreme Court nominee on Friday or Saturday.