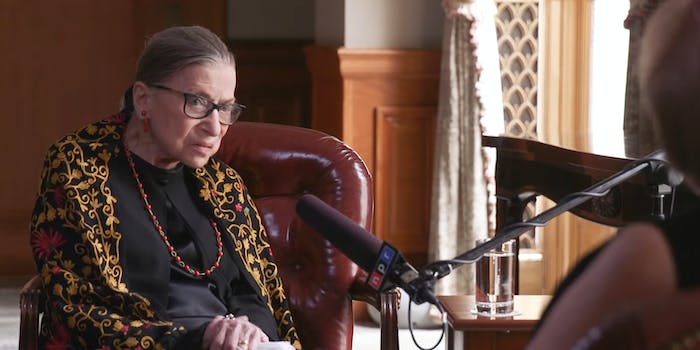 Ginsburg was a widely popular member and the second woman appointed to the nation’s highest court. She was appointed by former President Bill Clinton in 1993.

The Supreme Court said her death was caused by complications of metastatic pancreas cancer. The court said she was surrounded by her family when she died.

“Our nation has lost a jurist of historic stature. We at the Supreme Court have lost a cherished colleague. Today we mourn, but with confidence that future generations will remember Ruth Bader Ginsburg as we knew here—a timeless and resolute champion of justice,” Chief Justice John Roberts said in a statement.

Ginsburg was a champion of women’s reproductive rights during a time where those rights have been a target across the country. Ginsburg endorsed abortion rights during her confirmation hearing. She also called for more women to be appointed to the Supreme Court during her hearing.

As part of the justice’s popularity, she became affectionately known as “RBG” and became the center of a number of memes and viral posts—including about her fitness routine—that celebrated her accomplishments.

The Supreme Court justice dictated a statement to her granddaughter days before her death, according to NPR, saying that her “most fervent wish is that I will not be replaced until a new president is installed.”