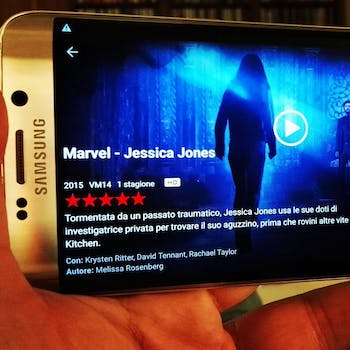 Here’s how to save data while streaming Netflix

Mobile data doesn’t come cheap, so burning through it with a Netflix marathon isn’t a sustainable strategy for most. Thankfully, the streaming service has introduced new tools to make your binge-watching less of a burden on your monthly data allowance.

Netflix’s default settings allow users to stream about three hours of video per gigabyte of data at a rate of about 600 kilobits per second. The new tools introduced to the service’s mobile app will crank down the data usage to up to four hours of streaming per gigabyte—or up to as high as one hour per gig.

To make use of the new adjustments, make sure your Netflix app for iOS or Android is up to date, then head to the menu and find “App Settings.” From there, you’ll want to go to “Cellular Data Usage,” where you’ll find a variety of tools to help you manage just how open the data hose is when you’re running Netflix. 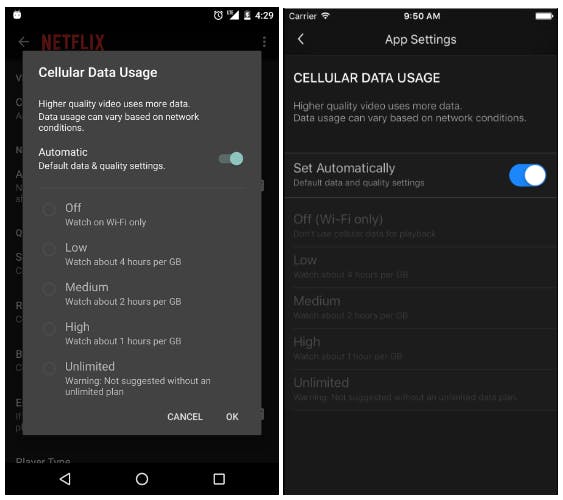 The automatic setting is on by default, but turning it off gives you the ability to swap settings to reduce or increase the amount of data used while streaming. There’s also an option to go Wi-Fi only so you know you’re never eating away at your mobile data while Netflix is running.

Netflix Director of Product Innovation Eddy Wu noted in a post on Netflix’s website that his team is looking for ways to improve picture quality, so bitrates may change over time. But the goal will continue to be to provide a watchable stream without costing users an inordinate amount of data to pay for it.