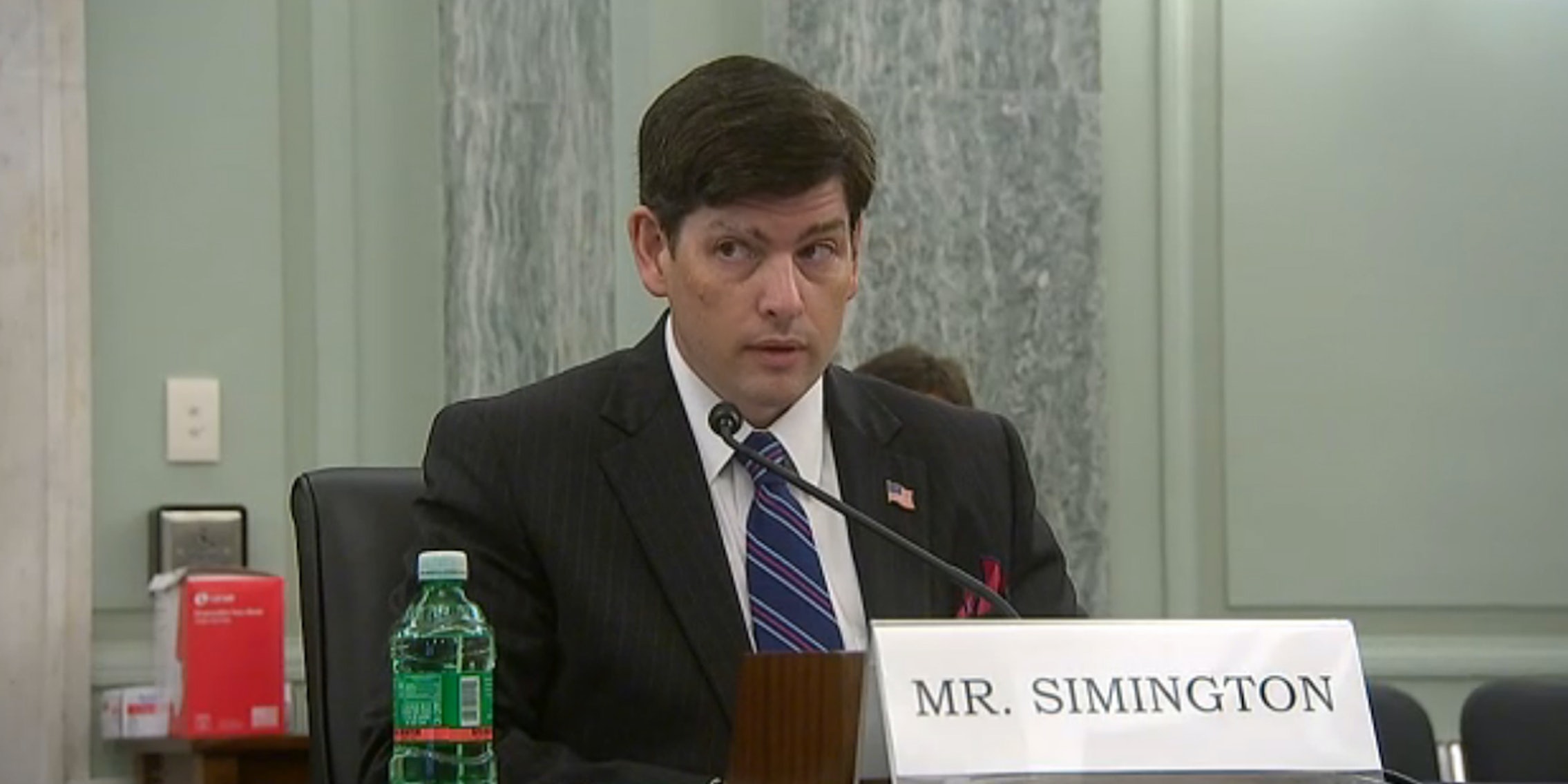 Much like his entire nomination process, the Senate's vote on Simington was full of controversy.

The Senate on Tuesday voted to confirm Nathan Simington to the Federal Communications Commission (FCC), ending a nomination process that was fraught with controversy from the beginning.

The approval of Simington’s nomination could also have major ramifications for the agency moving forward.

The vote was 49-46, with Republicans voting in favor of Simington and Democrats voting against him. Two prominent Democrats, Sen. Ron Wyden (D-Ore.) and Sen. Richard Blumenthal (D-Conn.) raised concerns about Simington’s nomination with tech advocates earlier this week along with a number of tech advocacy groups.

Simington’s nomination was marked with controversy because of his connections to President Donald Trump’s social media executive order that targets Section 230 of the Communications Decency Act, a vital internet law that shields websites from being liable over what is posted on them by third parties.

Trump nominated Simington to the FCC after he pulled the re-nomination of Michael O’Reilly, a Republican commissioner who raised concerns about whether the FCC had the authority to carry out what Trump’s order asks the agency to do.

Simington insists that he had a “minor” role in crafting Trump’s executive order at the National Telecommunications and Information Administration (NTIA), however, a Politico report from last month showed that he had reached out to Fox News to drum up support for the order with the hopes of getting “the FCC on board more quickly and thereby ensure a freer, fairer social media landscape going into the elections this fall.”

The Senate Commerce Committee voted last week to advance Simington’s nomination to the full Senate, despite the misgivings Democrats raised about his qualifications and agenda.

Simington’s nomination to the FCC also could have consequences for President-elect Joe Biden.

With Simington headed to the FCC and Chairman Ajit Pai announcing that he will step down from the agency on Inauguration Day, it leaves the FCC facing a partisan 2-2 deadlock.

The FCC is supposed to have five members, with three commissioners from the president’s party and two from the opposing party. The president also gets to choose who will serve as the chairperson.

However, if Republicans win the two Georgia runoff elections for the Senate, they will continue to control Congress’s upper chamber. That leaves the possibility that they could block, or stall, Biden’s nominee to fill out the five-person committee.

Doing so would stall any action a Biden-backed FCC hoped to undertake, such as restoring net neutrality rules. The vote to enact the rules in the 2015 Open Internet Order went down party lines, as did the FCC’s 2017 vote to repeal the rules.

Carr told Fox Business that having a partisan split in votes would “forestall” a Democrat-led FCC’s agenda. He specifically cited restoring net neutrality as an example of what he thought would be part of that agenda.

Meanwhile, tech advocates also sounded the alarm about the possibility of a deadlocked FCC earlier this week.