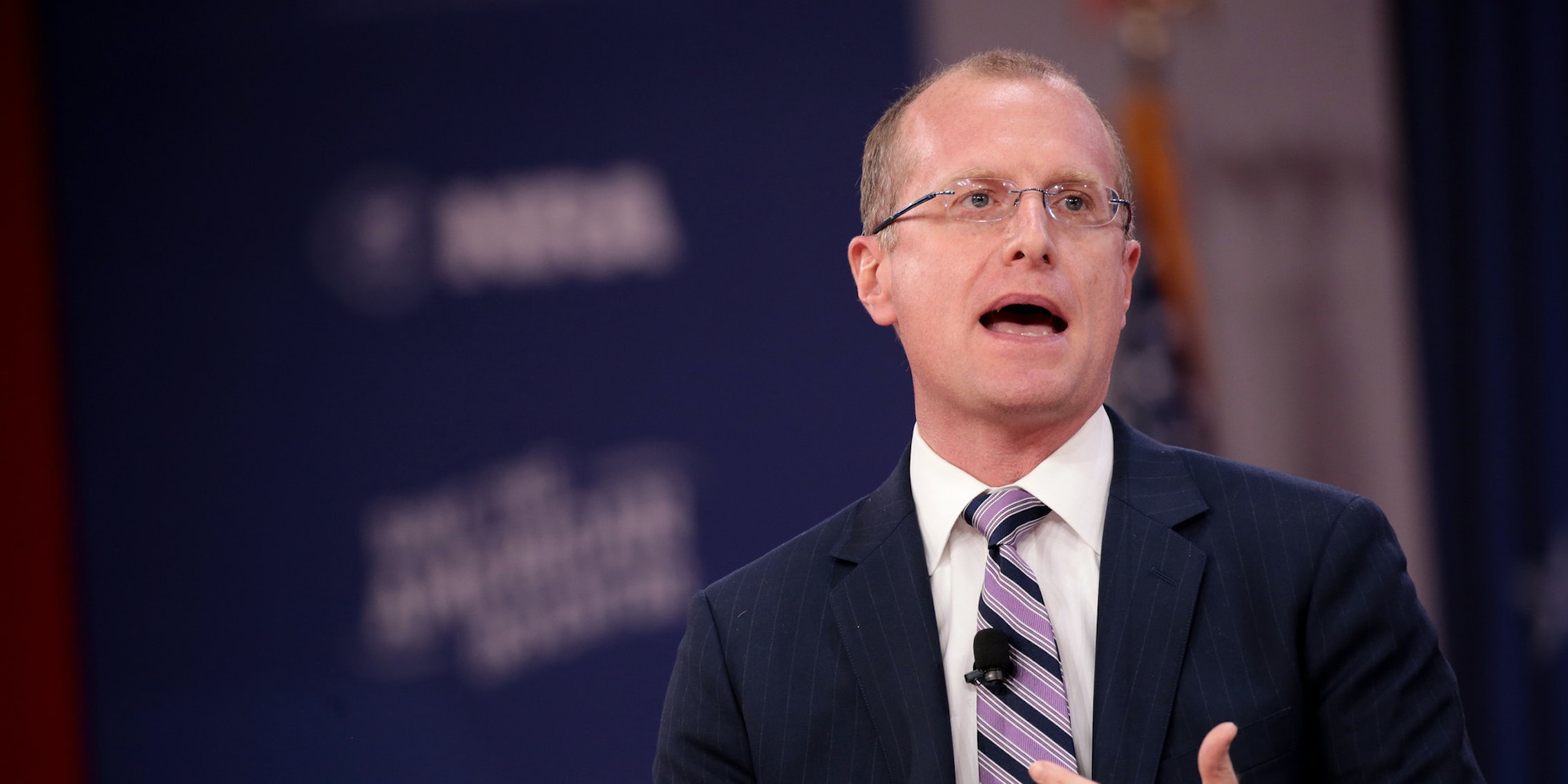 The makeup of the FCC is uncertain, but Brendan Carr would be OK with a deadlocked agency.

Federal Communications Commission (FCC) Chairman Brendan Carr admitted in an interview this week that he wants the agency to be deadlocked to “forestall” Democrats pursuing their agenda.

While President-elect Joe Biden will be able to choose the chairperson of the agency, the announcement by Chairman Ajit Pai that he will step down on Inauguration Day and Senate Republicans pushing through a controversial FCC pick by President Donald Trump has created a scenario where the FCC could be locked in a 2-2 partisan tie to begin Biden’s tenure in the White House.

Earlier this week, the Senate Commerce Committee voted 14-12 to move the nomination of Nathan Simington to a full vote in the Senate. Simington has been a controversial choice to be appointed to the FCC because of his connections to Trump’s social media executive order that targets Section 230 of the Communications Decency Act.

If the Senate votes to confirm Simington, it would leave the FCC with two Republicans and two Democrats. The FCC is supposed to have five members, with three from the president’s party and two from the opposing party.

However, if Republicans keep control of the Senate after Georgia’s runoff elections, they could stall a vote for Biden’s pick to fill out the agency. A partisan deadlock would mean any party-line votes—such as restoring net neutrality rules—would be highly unlikely from happening.

That kind of inaction seemed preferable for Carr when speaking with Neil Cavuto on Fox Business earlier this week.

“The good news there is the Senate Commerce Committee, under the leadership of Senator Wicker, voted favorably … on Nathan Simington who has been nominated to be a replacement Republican commissioner at the FCC. His nomination now moves to the Senate floor, and the time is tight with the remaining time left in the calendar,” Carr said “But I think it would be very valuable to get Simington across the finish line and help forestall what really would be billions of dollars worth of economic damage that I think a Democrat FCC would look to jam through from day one in January or February.”

Carr not wanting a Democratic-controlled FCC is not shocking, as he went on to point out what he considered would be at the top of an FCC agenda under a Biden administration, including the restoration of net neutrality.

Ahead of the election, experts believed that a Biden FCC would seek to restore the rules that were repealed in 2017. A deadlocked FCC would likely keep that from happening. Carr voted to repeal net neutrality in 2017.