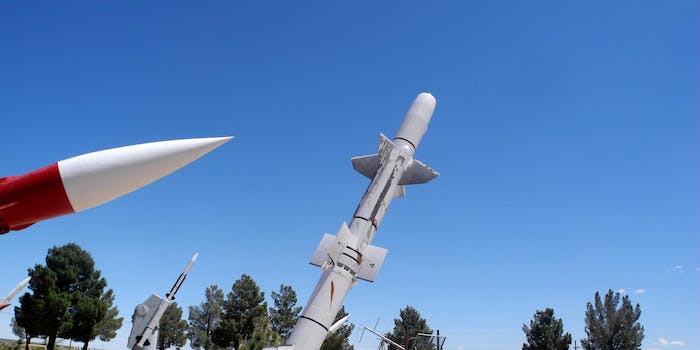 There's no evidence that it was a missile or voter fraud had anything to do with it.

On Christmas morning, downtown Nashville, Tennessee was rocked by a major explosion. Authorities have revealed that a man filled his recreational vehicle with explosives and blew it up while inside. He was the only casualty. Law enforcement is investigating whether it was somehow tied to 5G ‘paranoia’, but his motive is not yet known.

Naturally, conspiracy theories started flying across the internet before the dust settled. One of the more prevalent theories taking hold in far-right circles is that the blast was actually caused by a missile. They believe that this was orchestrated to destroy voting machines.

None of this is true, of course, but the theory has proved irresistible to the conspiracy-minded.

Attorney Lin Wood, a conspiracy theorist who’s litigated voter fraud cases on behalf of President Donald Trump’s efforts to overturn his election loss, is among the proponents of false claims that the bombing was intended to cover up voter fraud.

The missile/voter fraud theory is particularly popular among QAnon believers. Proponents of the baseless theory believe that the planet is controlled by a secret cabal of pedophile cannibals comprising liberals, the so-called deep state, and entertainers. They have a well-established penchant for believing wild fictions.

One video circulating purports to show that the RV wasn’t the source of the explosion. The video doesn’t definitively show anything of the sort, but it’s racked up nearly 900,000 views on Twitter to date.

The video seems to have first been posted in a reply to QAnon pseudo-celebrity In the Matrixxx (aka Jeffrey Pedersen) claiming, also falsely, that the RV didn’t have a speaker warning people about the blast, and that the blast was intended to cover up voter fraud.

The account that posted the so-called evidence of a missile has 500 followers and was launched in April. Its pinned tweet references Pizzagate, the precursor to QAnon.

Since it was tweeted on Dec. 26, QAnon believers have eagerly reposted the video and claimed it shows the explosion was caused by a guided missile.

Another video that conspiracy theorists are pointing to as proof that there was a missile shows a small item streaking up into the sky prior to the blast. This doesn’t make much sense, as the missile would’ve had to come from the sky, not the other way around.

Twitter users have nevertheless been pointing to the video, which has 750,000 views on YouTube, as evidence of a missile attack.

Far-right blogs and YouTubers have used this and other “evidence” to flood the information sphere with nonsense about this fictitious missile. One YouTube video with 775,000 views claims a “chem trail” extended down towards the blast site, and that this is somehow evidence of a missile.

A blog that has been tweeted and retweeted thousands of times claims “the incoming missile clearly shows this was a military operation, launched from an aircraft.”

This morning, Nashville-based News Channel 5 debunked the missile theory. Chief investigative reporter Phil Williams reports that the so-called evidence of such is based on doctored images.

The false theories are proving far more popular than the truth.

As Williams noted, top Google search suggestions for the word “missile” currently refer to Nashville. And while various versions of videos falsely claiming there was a missile steadily approach a million views, News 5 Channel’s video debunking the story hasn’t even reached 10,000.