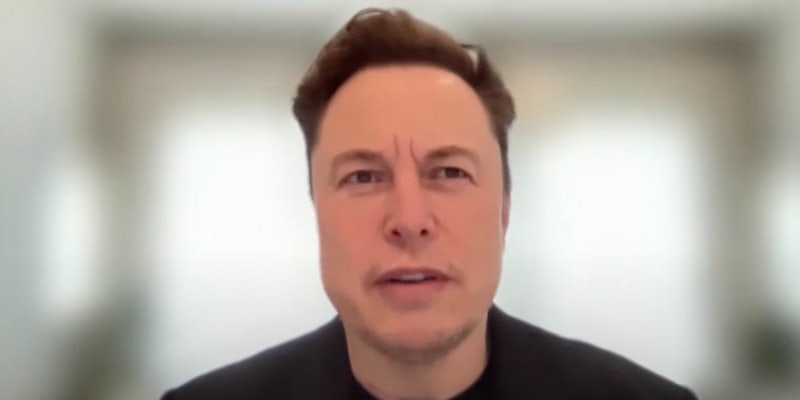 In the interview, Musk called the ban a “morally bad decision and foolish in the extreme … I guess the answer is I would reverse the permanent ban,” Musk said, noting that he thought perhaps some action was justified after the riot.

“A temporary suspension is appropriate but not a permanent ban,” he said.

Musk also said that his acquisition of Twitter, announced last month, is “not a done deal” and said the sale would be finalized within three months in a best-case scenario. Musk has hinted that he would seek to unban Trump since his purchase of Twitter—and reportedly disagreed with the decision when it happened. But this is the first formal announcement by Musk that Trump would be allowed back on the platform.

Trump claimed that he would not return to Twitter even if he was unbanned, and continue to use his own app, Truth Social.

Trump was permanently banned from Twitter on Jan. 8, 2021 in the aftermath of the January 6 insurrection at the U.S. Capitol, an attempt by far-right supporters of Trump to overturn the 2020 election.

In a blog post, Twitter said it banned his account because his tweets were “likely to inspire others to replicate the violent acts that took place on Jan. 6 and that there were “multiple indicators” that his tweets were “being received and understood as encouragement to do so.”

Twitter’s board of directors accepted Musk’s $44 billion buyout late last month, after weeks of back and forth. Musk announced plans to take Twitter private, make the Twitter algorithm open source, and “authenticate all real humans,” which concerned privacy advocates.