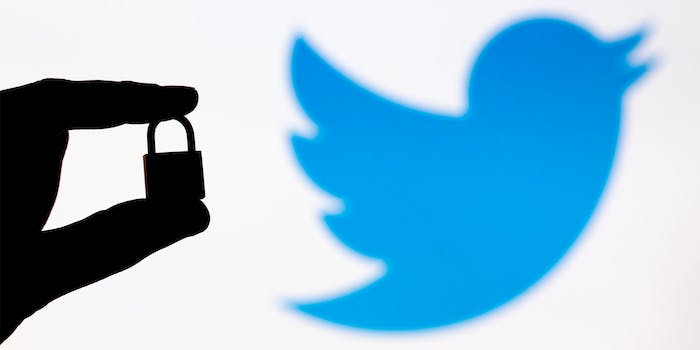 'My anonymity is vital to protecting my family.'

After the announcement that Elon Musk was in talks to buy Twitter for a reported $44 billion, many on the platform wondered what would become of anonymous accounts on the platform.

Twitter has become a powerful tool for anonymous users—from dissidents to whistleblowers—and the recent announcement by Musk that he plans to “authenticate all real humans” on the platform set off alarm bells with privacy advocates.

In a series of tweets, Jeff Kosseff, Associate Professor of Cybersecurity Law at the U.S. Naval Academy, says the possible authentication could compromise user anonymity on the platform.

“At least some high-profile commentators have interpreted it as banning anonymity/requiring ID verification,” Kosseff said in his thread. “If that is the case, and it applies to “all humans” (rather than just making verification an option for everyone), then that could threaten some of the values that have helped to define and distinguish Twitter from platforms like Facebook that have always required real names.”

Kosseff said Twitter has been a place for users to speak publicly when they wouldn’t have otherwise been able to under their real names, citing whistleblowers, dissidents, and the LGBTQ community. Kosseff added that while Twitter can require users to use their real names and provide proper identification, that doesn’t mean they should.

“Some commentators already seem to think that a crackdown on anonymity would solve the real problems that we face on social media,” he said. “I think the benefits of such a policy change are overstated, and the harms are understated. Anyone with a Facebook or Nextdoor account will attest that online toxicity still exists quite abundantly when people post under their real names. The research backs this up—people tend to be more aggressive when posting under real names.”

The official Twitter website recently posted a blog touting its anonymous users and their ability to remain unidentified on the platform. The blog cites an example from a Ph.D. graduate who worked at a call center after graduation and was able to tweet about her feelings about the lack of job prospects without the fear of retribution from her job.

“Being able to express vulnerability and the messiness of real life is important to Brooke, which is why she Tweets under a pseudonym,” the post says. “This is the handle where she can be herself, including talking frankly about the challenges of job searching, without worrying about turning off a potential employer.”

Musk’s plans, though nebulous, wouldn’t mean people have to tweet under their actual names, just that if Twitter were his service, it would prove there was an actual person behind the account. But, that means, if Twitter does collect such data of all users, governments and other entities would suddenly be able to exert pressure on the app to hand over that information. That fear could do more to curtail open speech on the app, running directly counter to Musk’s free-speech absolutism he’s touted since making his offer for the site.

Other writers have pointed out the danger that anonymity can bring to Twitter. In an opinion piece for the Toronto Sun, commentator Warren Kinsella accused commentators on both sides of expressing false outrage and hoped that Musk will ban anonymous accounts.

“I think the pearl-clutching about Elon Musk Twitter is—like Musk himself—a bit overblown,” Kinsella wrote. “If he can do just one thing—eliminate anonymous accounts whose bile have made Twitter a perfectly awful place for many, women in particular—he will have improved people’s lives.”

Anonymity is a double-edged sword in that regard, assisting marginalized communities and whistleblowers while also allowing users to hide behind their anonymity and spew cruelty on Twitter.

In Free Speech in the Digital Age, an essay collection from Oxford Press, Diana Ascher, Director of the Information Studies Lab at UCLA wrote about the duality of Twitter anonymity. In the essay Unmasking hate on Twitter: Disrupting anonymity by tracking trolls, Ascher calls on social media groups to “work with researchers and policymakers to protect free speech online, yet provide recourse for victims and targets of hate speech.”

In her essay, Ascher de-anonymizes members of the far-right group Beach Goys who made threats to UCLA faculty. Ascher says the essay “underscores the imperative that opposition groups working on behalf of human and civil rights must retain the right and ability to exchange information anonymously, yet have means to counter the effects of social proof observed in the information practice of purveyors of hate speech online through de-anonymization.”

Kosseff, in an interview with the Daily Dot, pointed out that user verification doesn’t seem to curb hateful speech.

“There is a lot of instability to go around,” Kosseff said to the Daily Dot. “People are awful when they’re anonymous, and people are awful under their real names. People also provide excellent contributions to the dialogue when they’re anonymous and in their real names. I think that there’s too often this inclination to automatically assume that people who are anonymous are doing something bad.”

Kosseff pointed out the long history that the U.S. has with anonymous writers and pen names.

“There certainly are some people who do bad things anonymously. But we also have a history going back to the founding of our country of anonymous speech. We had Thomas Paine publishing Common Sense anonymously. The Federalist papers were written under a pseudonym.”

Kosseff said his main fears involve people who could face punishment for criticizing the government.

“There’s no legal issue with Twitter saying ‘we want to adopt Facebook’s policy or we want to go even further than Facebook does,’” he said. “I just think the consequences would be pretty great not just in the United States, but I’m thinking more in other countries where people go to jail for criticizing the government. So I want to make sure that people have that there’s at least some venue for people to speak anonymously when they have very real safety issues.”

Anonymous users said Musk’s statement might spell the end of their time on the platform.

“The sale of Twitter to Elon Musk may mean the end of my days on this platform,” wrote user Ontario Dad “If he does require authentication of ‘real people’ as he puts it, that will make it impossible for me to continue. My anonymity is vital to protecting my family.”

“There’s always a focus on how anonymity in Twitter accounts encourages rudeness/incivility,” wrote user Sunny Mcsunnyface. “Yet some of the biggest, rudest bullshit artists are people using their real names and using Twitter to build a career under their names.”