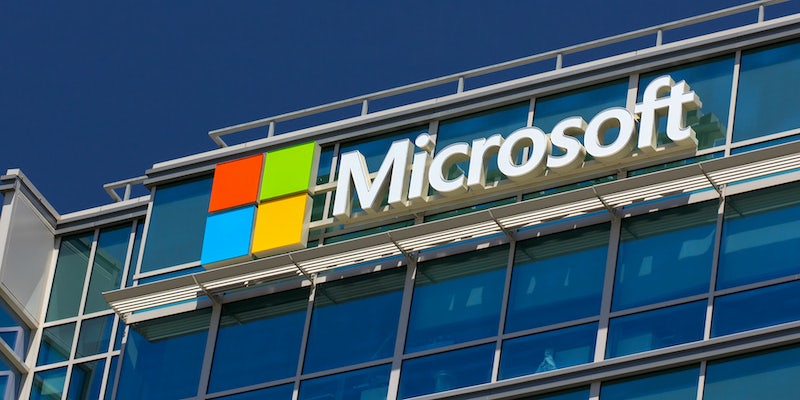 Microsoft promises to protect its Dreamers after Trump repeals DACA

The company says 39 employees are protected under DACA.

The Trump administration announced it would repeal DACA on Tuesday, just days after hundreds of Silicon Valley leaders signed a letter to the president asking him to keep the program. DACA shields undocumented immigrants who arrived in the U.S. as children from being deported.

Brad Smith, president and chief legal officer at Microsoft, wrote a powerful letter today condemning Trump’s decision and promising to fight for all Dreamers who work at Microsoft, “In short, if Dreamers who are our employees are in court, we will be by their side.”

Microsoft says it is ready to exercise its legal rights to protect the 39 Dreamers at the company, “If the government seeks to deport any one of them, we will provide and pay for their legal counsel. We will also file an amicus brief and explore whether we can directly intervene in any such case.”

The letter begins by sharing Microsoft’s disappointment, “we believe this is a big step back for our entire country,” Smith wrote. He then asks Congress to fast-track a replacement for DACA in the next six months, before the original program expires, “We believe this means that Congress now needs to reprioritize the fall legislative calendar and move quickly with new legislation to protect these 800,000 Dreamers. This means that Congress should adopt legislation on DACA before it tries to adopt a tax reform bill.”

Microsoft isn’t the only one to speak out. Facebook CEO Mark Zuckerberg also slammed Trump’s decision, and said his organization FWD.us would “make sure Dreamers have the protections they deserve.” Tim Cook sent a letter to his staff at Apple saying, “we issue an urgent plea for our leaders in Washington to protect the Dreamers so their futures can never be put at risk in this way again.”

Dreamers are our neighbors, our friends and our co-workers. This is their home. Congress needs to act now to #DefendDACA. #WithDreamers