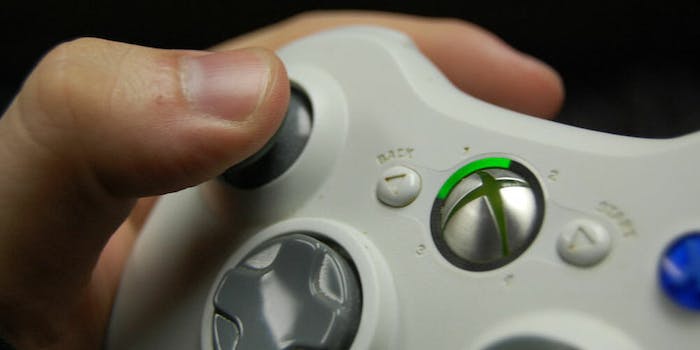 Contractors employed by Microsoft listened in on Xbox users as part of a program to improve the gaming system’s voice command capabilities, Motherboard reports.

The console is designed to listen to users following commands such as “Hey Cortana,” the name of Microsoft’s personal assistant, as well as “Xbox.”

Contractors first began listening to user audio back in 2013 when Microsoft’s Kinect system was designed to take voice commands before Cortana was introduced to the Xbox in 2016.

One contractor speaking with Motherboard on condition of anonymity claimed that children were regularly overheard as part of Microsoft’s program.

“It was frequently the same games. Same DLCs. Same types of commands,” the contractor said. “‘Xbox give me all the games for free’ or ‘Xbox download [newest Minecraft skins pack]’ or whatever.”

Although Microsoft eventually removed Cortana from the Xbox last July, smartphone apps can still be used to vocally control the gaming system.

“Most of the Xbox related stuff I can recall doing was obviously unintentional activations with people telling Cortana ‘No’ as they were obviously in the middle of a game and doing normal game chat,” another contractor said.

In a statement to Motherboard, Microsoft admitted that it had listened to Xbox users’ audio but claimed that it recently ceased the practice.

“We stopped reviewing any voice content taken through Xbox for product improvement purposes a number of months ago, as we no longer felt it was necessary, and we have no plans to re-start those reviews,” the spokesperson said. “We occasionally review a low volume of voice recordings sent from one Xbox user to another when there are reports that a recording violated our terms of service and we need to investigate. This is done to keep the Xbox community safe and is clearly stated in our Xbox terms of service.”

Microsoft further stated that it has always “been clear that we collect voice data to improve voice-enabled services,” although initially the company never clarified that humans would be reviewing that audio.

The news comes just days after it was learned that Microsoft was also using contractors to listen to Skype calls as well.

In fact, numerous high-profile tech companies including Apple, Amazon, Facebook, and Google have all faced backlash in recent months for secretly listening in on their users.