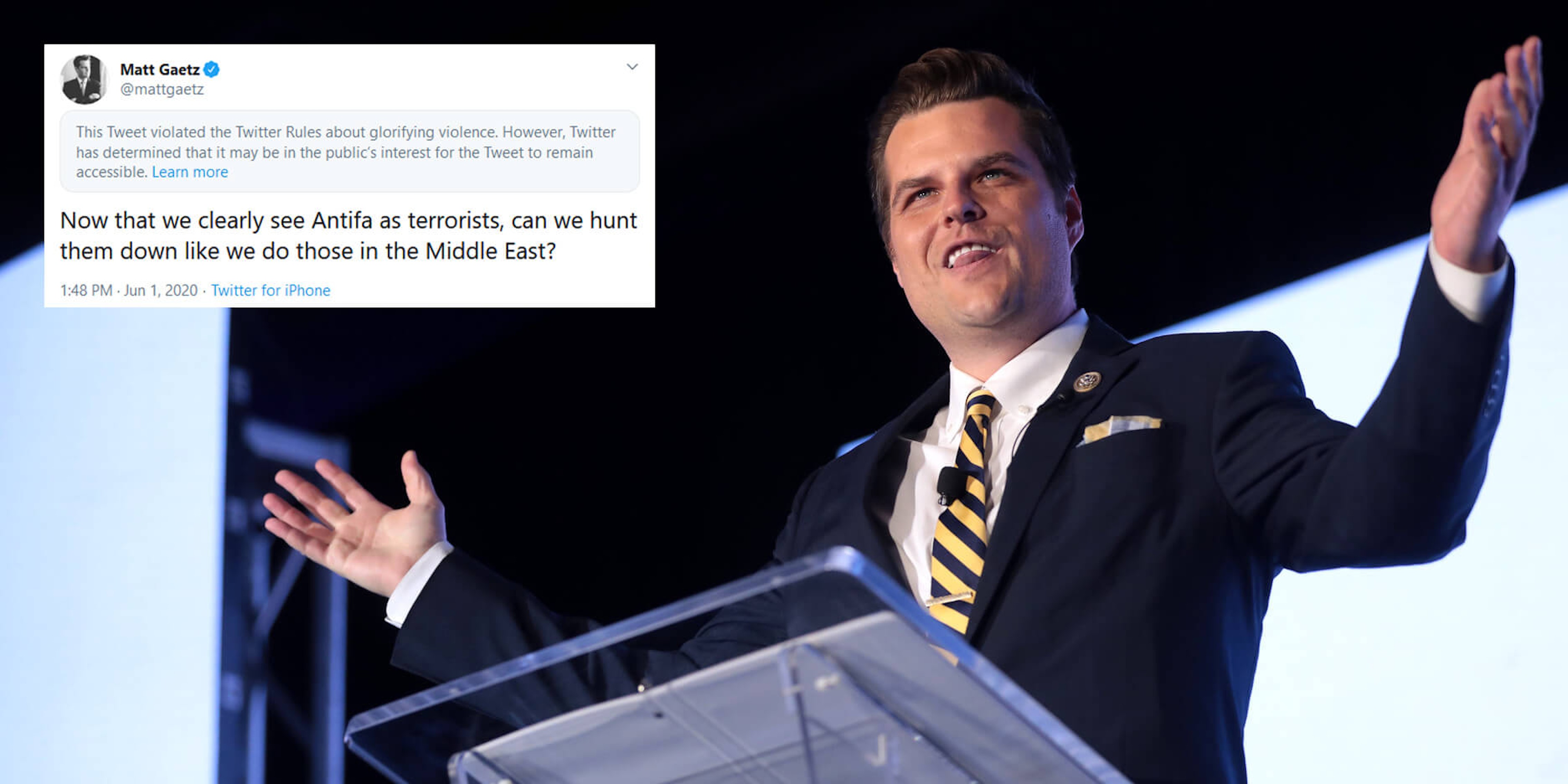 A warning label was also placed on a tweet from President Donald Trump last week.

Twitter on Monday put a warning label on a tweet from Rep. Matt Gaetz (R-Fla.) for “glorifying violence” just a week after doing something similar to a tweet from President Donald Trump.

In the tweet, Gaetz calls for the government to “hunt down” antifa, the loosely affiliated, far-left anti-fascist movement. The president earlier this week said that he would designate the movement as a terrorist organization.

“Now that we clearly see Antifa as terrorists, can we hunt them down like we do those in the Middle East?” the Florida lawmaker tweeted.

The same label was put on a tweet from Trump last week where he said “when the looting starts, the shooting starts,” referring to the protests in the wake of the killing of George Floyd, a Black man who was killed as a police officer kept his knee on his neck.

The protests are against racism and police brutality.

Gaetz later called the “glorifying violence” label a “badge of honor” for himself, adding that he would “keep saying” it.

Gaetz wasn’t the only lawmaker who brought up the use of violence in reference to antifa.

Sen. Tom Cotton (R-Ark.) called for the use of the military against protesters.

“Anarchy, rioting, and looting needs to end tonight. If local law enforcement is overwhelmed and needs backup, let’s see how tough these Antifa terrorists are when they’re facing off with the 101st Airborne Division. We need to have zero tolerance for this destruction,” Cotton tweeted.

He later added: “And, if necessary, the 10th Mountain, 82nd Airborne, 1st Cav, 3rd Infantry—whatever it takes to restore order. No quarter for insurrectionists, anarchists, rioters, and looters.”

Cotton’s tweet was re-tweeted by Trump, who said it was “100% correct.”

Gaetz himself doubled down on his stance later, saying the government should kill with more impunity on U.S. soil